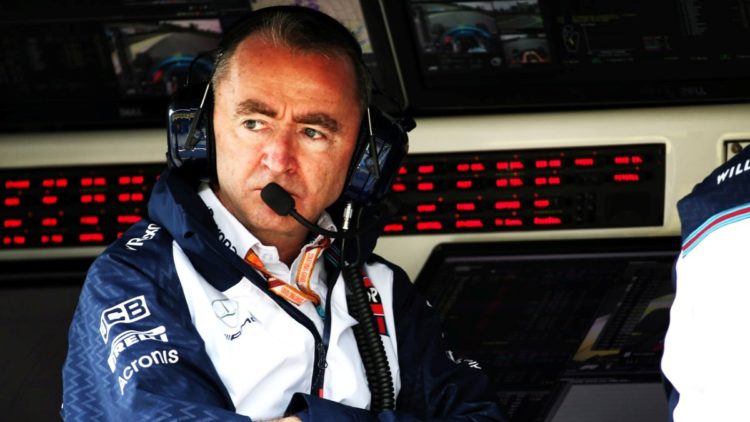 Former Williams Chief Technical Officer Paddy Lowe has described his second stint with the team as an unrewarding experience owing to its gradual decline down the pecking order.

Lowe left Mercedes to rejoin Williams in 2017, having been with the team during its title-winning era in the early 1990s.

After two seasons of declining performance, Lowe eventually left the team for ‘personal reasons’ in mid-2019, having been placed on a leave of absence early in the campaign, following Williams’ disastrous pre-season phase.

“It’s a period I don’t really like to dwell on to be honest because in all of that time in Formula 1 which I loved every single year and all for different reasons and in some ways it just got better and better,” said Lowe on Formula 1’s Beyond The Grid podcast.

“Those two years at Williams I didn’t enjoy to be honest, It was really hard work for no reward whatsoever. I think less said the better to be honest.

“That means if you miss a trick and certainly if you’re not doing the right things for a long period of time, you can’t expect overnight recoveries. It doesn’t matter.

“It’s not a human point, I’m good at a lot of things, I think I’ve proven that in a number of areas, but I can’t work miracles and certainly not miracles in respect of time.”

Lowe also expressed relief that the Williams family was last year able to sell to Dorilton Capital, believing the fresh investment should have happened earlier.

“I was pleased [at the sale] because that’s what they’ve needed to do for a long time and to be honest should have done it earlier for all sorts of reasons which are not to do with any individuals,” he added.

“The team has been in a very negative spiral from a funding point of view.

“While I was there I was watching that spiral progress further down the drain and it’s actually quite distressing because you understand that there’s no good end point apart from sale, so you may as well cut that now and move on before it’s all gone.

“I’m very happy that the team was sold for a reasonable price and so that Claire and her brothers can leave with something to work with from the great things the family has achieved over the years.

“The name is kept and they’ve got new investors who will have the cash to take it forward and turn that spiral in the other direction which will be a long process and people that are patient will take it there.”