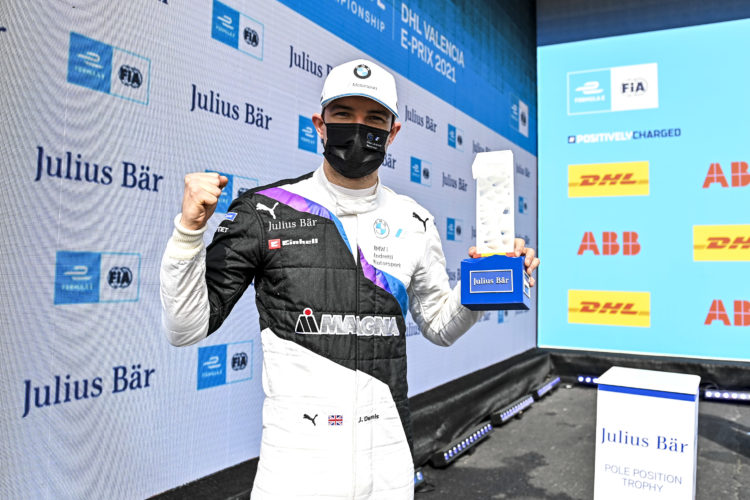 BMW i Andretti’s Jake Dennis put in a commanding display in qualifying for the second race of the Valencia E-Prix, securing his maiden pole position over eight-tenths ahead of Porsche’s Andre Lotterer.

The 25-year-old driver, who had the worst average qualifying performance on the grid, managed to secure his first single-seater pole since the 2015 FIA Formula 3 European Championship after topping Group Qualifying.

Group 4 was most certainly the place to be, as track evolution at the Circuit Ricardo Tormo proved to be the defining factor.

All six drivers managed to make it into Super Pole, including Britain’s Alex Lynn, Tom Blomqvist and Oliver Turvey, with the last car on track being rookie Dennis. He then went quickest with a 1m 31.855s, to put himself ahead of Lotterer and Lynn.

Lynn, who had topped Group Qualifying for Round 5 in Valencia, eventually took third after looking like he was going be the car to beat in Super Pole.

The NIO 333 duo of Blomqvist and Turvey had a very impressive performance, securing fourth and fifth on the grid for the Chinese team.

Norman Nato was the slowest of the top six for ROKiT Venturi, 1.941s shy of Dennis’ time in the final shootout.

Outside the top six, Jean-Eric Vergne was forced to settle for seventh. The DS Techeetah narrowly missed out after setting a 1m 33.198s in Group 2 to go quickest, even with a mistake at Turn 8.

An impressive performance from Dragon/Penske’s Sergio Sette Camara saw him complete the top 10.

However, it was the six championship leaders who lost the most in the qualifying session. Mitch Evans was the leading Jaguar in 16th place, ahead of the Envision Virgin duo of Robin Frijns and Nick Cassidy.

However, Evans will start from 19th on the grid, after receiving a three-place grid penalty due to his contact with Sette Camara in the previous race.

Rookie Cassidy will be disappointed with his qualifying position. The New Zealander was one second up on Vergne’s time in Group 2, which would have secured him a place in Super Pole had he not gone wide at Turn 12.

Following their 1-3 finish yesterday, Mercedes EQ’s Stoffel Vandoorne and Nyck de Vries qualified in 19th and 20th respectively. The championship leaders will have a task on their hands to fight their way through to the points.

However, they are still in front of the second Jaguar of Sam Bird in 21st, in what is proving to be a difficult weekend for the British team. 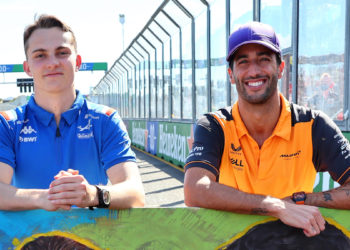 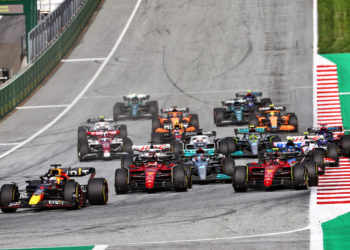