AlphaTauri: No compromise to ’22 car despite strong ’21 start 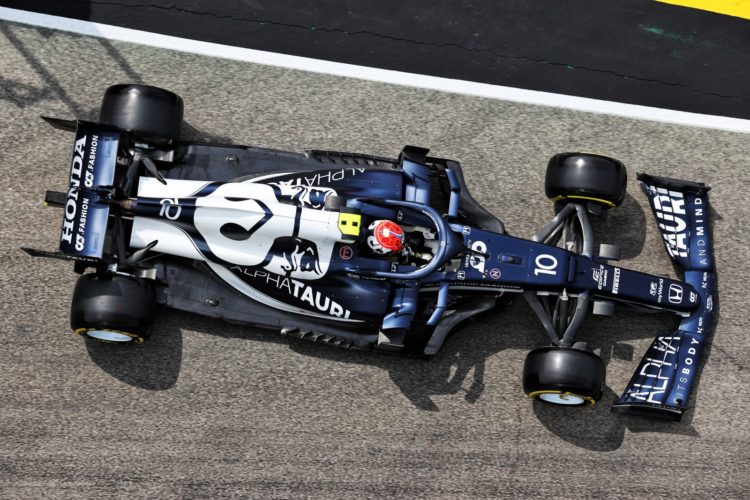 AlphaTauri says its encouraging start to the 2021 Formula 1 season won’t affect the manner in which it is splitting resources between this and next year’s development projects.

Formula 1 is introducing overhauled technical regulations for 2022 and many teams have targeted the effective reset as an opportunity to make progress long-term.

AlphaTauri has displayed promising pace across the opening two events of 2021 and has had the fourth-fastest car in qualifying in the hands of Pierre Gasly.

The squad holds fifth spot in the Constructors’ Championship despite suffering a series of setbacks in both grands prix.

It has never finished higher than sixth overall in its 35-year history, stretching back to its days as Minardi, and more recently Toro Rosso, but has stressed it is not being tempted into diverting resources away from its 2022 car.

“As good as all this is, 2022 is a massive project,” said AlphaTauri technical chief Jody Egginton.

“Personally, as the leader of the technical group, I don’t feel there’s any compromise to be had on next year’s car.

“The challenge is to maximise what we do with this car, given the resources we’ll migrate to 2022, I don’t think I’ll ever be in a position to say ‘well we’ll push more on ‘21 and ‘22 is the net result’.

“It’s a balancing act for all teams. There’s a lot of resource being assigned to the new car already, so we’re not putting all our eggs in one basket in the belief that ‘this is our opportunity’ [as] we’re tyring to get better every year.

“We look like we’re better this year than last year and last year better than the year before, and the same is true for 2022, we want to take the next step.

“I don’t think it’d be accepted if we turn around and said we’re going to compromise next year.”

Egginton nonetheless expressed hope that the gains made with the AT02 means the outfit can achieve its ambition of classifying in the top half of the championship.

“We’re firmly in the midfield and Franz [Tost] has stated clearly our target is to mix it for fifth in the championship and that’s what we’re aiming for,” he said.

“I feel the car is more competitive than last year, we met our technical objectives over the winter and they were targeted at closing the gap and making the car better performing and operating in a wider range, so we’re on that journey.

“I wouldn’t be naïve enough to sit here now and say ‘watch this space’ but we seem to have taken a step at the moment.”