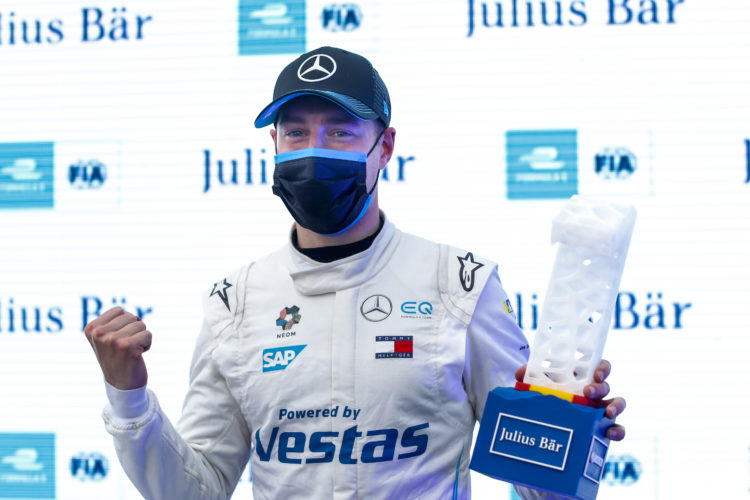 Mercedes EQ’s Stoffel Vandoorne battled his way to his second pole position of the 2020/21 Formula E season in Valencia, in what proved to be a closely-called qualifying session.

The German team’s third pole position of the season came despite Vandoorne brushing the wall and fighting his car throughout his Super Pole lap on the Circuit Ricardo Tormo.

The permanent circuit provided a unique challenge for Formula E, with the flowing, high grip track proving to be difficult for many drivers to master.

The five-part qualifying session got underway with the six drivers in Group 1 jostling for on-track position. The Mercedes EQs looked to be the team to beat, as Vandoorne initially went quickest with a 1:26.839.

However, it was Mahindra’s Alex Lynn who topped the group stages with a 1:26.799, as 23 of the 24 drivers qualified within one second of the leading time.

De Vries then laid down the benchmark in Super Pole for Mercedes, setting a 1:26.730, before reigning champion Antonio Felix da Costa put himself on to provisional pole with a lap two-tenths quicker than the Dutch driver.

In an unbelievable lap, Vandoorne then went quickest with by 0.028s, demoting the DS Techeetah to second. Maximillian Guenther, Lynn and Sebastien Buemi all failed to unseat the Belgian driver but are promoted to third, fourth and fifth on the grid, courtesy of de Vries’ five-place grid penalty.

The grid-drop, which was issued after his collision with Sam Bird and Oliver Rowland during the Rome E-Prix earlier this month, sees Porsche’s Andre Lotterer move up to sixth. Norman Nato will lead the charge for ROKiT Venturi from seventh on the grid, as de Vries slots in next to him on the fourth row.

Rookie Nick Cassidy was the lead Envision Virgin in Valencia and will start 11th, with Mahindra’s Alexander Sims lining up at the half-way point in 12th.

DS Techeetah’s Jean-Eric Vergne qualified down in 13th. However, he did have a better qualifying session than fellow Formula E champion Lucas di Grassi, who starts from 22nd on the grid.

Jaguar, who currently sit at the top of the teams’ standings, had a difficult day in the office. Championship leader Sam Bird was over eight-tenths slower than Lynn’s group qualifying lap and will start behind team-mate Mitch Evans.

Evans emerged as the lead Jaguar in 18th, whilst the British driver could only manage to get himself up into 21st. They are going to have a fight on their hands to retain the championship lead, as rivals Mercedes have two cars within the top eight and could be on for a strong haul of points. 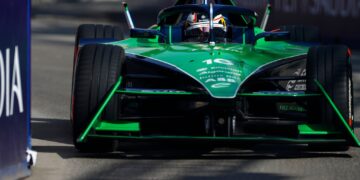 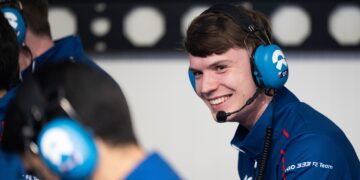 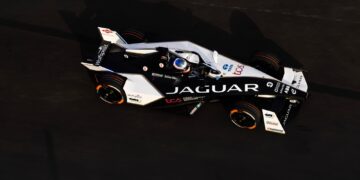