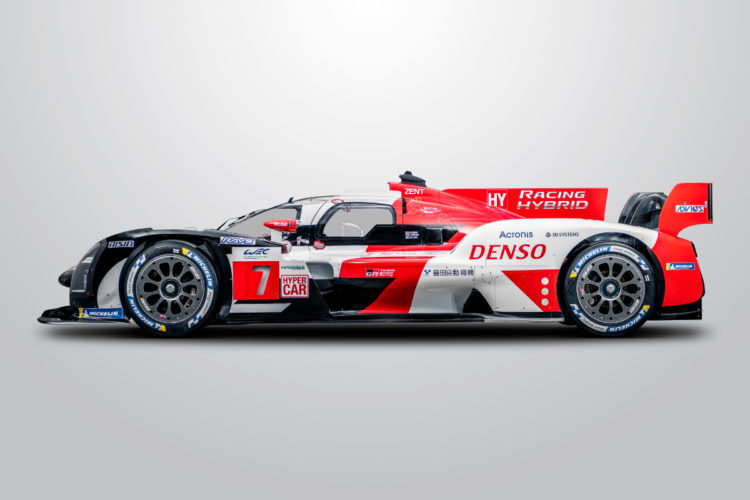 The FIA has set the Balance of Performance for the Le Mans Hypercar class ahead of the FIA World Endurance Championship Prologue and season-opening Six Hours of Spa-Francorchamps.

It defines the minimum weights, maximum stint energy and power levels for the two cars competing in the first-ever Hypercar race in WEC history. Those two cars are Toyota’s GR010 Hybrid and the ORECA-built Alpine A480-Gibson.

The Toyota’s minimum weight has been established at 1040 kilograms, with a peak power output of 520 kW (697 hp) and maximum stint energy of 964 megajoules.

The Alpine A480-Gibson, meanwhile, has received a significant weight penalty from when it was last used under the Rebellion banner in last year’s championship.

During the 2019/20 season, the Gibson-powered LMP1 machine weighed in at 824 kilograms before the application of Success Handicaps. For the first season under Hypercar rules, that minimum weight has been bumped up to 930 kilograms.

This was done to bring the grandfathered LMP1 car in line with the Hypercar regulations, which are aimed to be significantly slower compared to last season’s top machinery.

As a result, the power available for the Alpine has also been significantly reduced from an estimated 700 horsepower last season to 450 kW (603 hp) for the upcoming campaign. It also has a lower maximum stint energy compared to its Japanese rivals at 920 megajoules.

Meanwhile, the Balance of Performance parameters have also been established for the GTE Pro and GTE Am classes, resulting in significant changes for Corvette Racing.

When the American manufacturer last raced its C8.R in the WEC at Circuit of the Americas in February 2020, it was significantly off the pace compared to its full-season rivals.

For its return to the series ahead of the 24 Hours of Le Mans, the C8.R has seen its minimum weight decreased by five kilograms to 1235, compared to 1260 and 1259 kilograms for Ferrari and Porsche respectively.

Antonio Garcia and Oliver Gavin will also benefit from an increased air restrictor size for the engine, as that has been boosted from 41.3 millimetres to 43.5 millimetres.