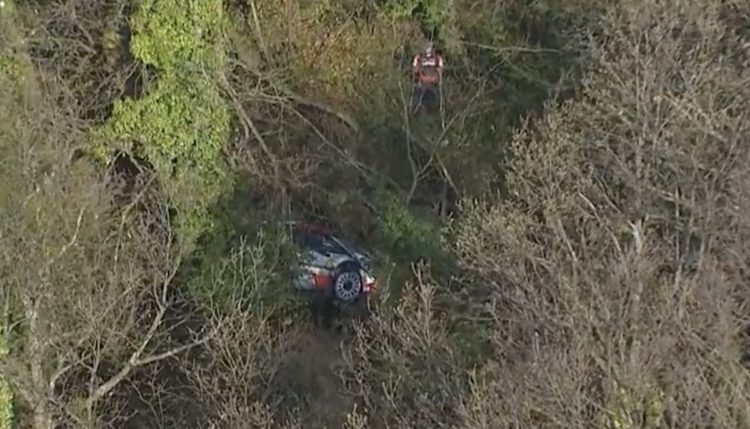 The Toyota driver crashed out of the ‘Plesivica’ opening test, having completed just over three miles of the 4.31-mile stage – the shortest of the event.

The Finnish driver ran slightly wide on a tight right hand corner before sliding down an embankment into a wooded area, with his Yaris rolling before coming to a rest on its side.

Both he and co-driver Jonne Halttunen managed to exit through the passenger door, both escaped unhurt, though the car wasn’t in such good shape, resulting in his retirement.

Rovanpera said he was “super annoyed” with his exit and explained that prior to the stage, he had been struggling with the car’s handling.

“I am super annoyed,” he wrote on social media. “The whole opening stage was super slippery and we were struggling with a lot of understeer. I still tried to push, but on this fast right hander grip just completely disappeared and we understeered off the road into the trees.

“Really sorry for the team; this was my mistake and I will learn from this.”

It’s hoped he can rejoin the event on Saturday to at least gain valuable experience of both the car and the new Pirelli tyres.

“Mechanics will check the car once we get it back to service to see if the car is fixable for tomorrow,” he added. 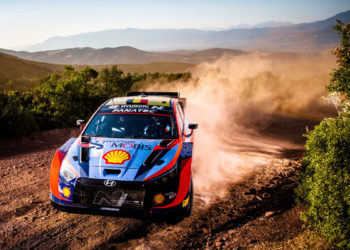 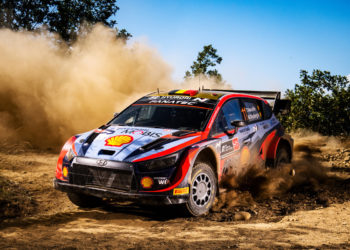 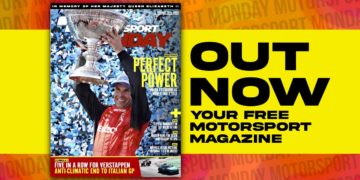 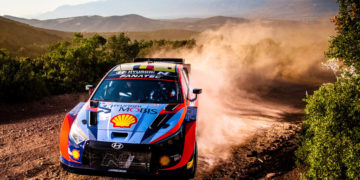