Seidl: No surprise drivers at new teams are struggling 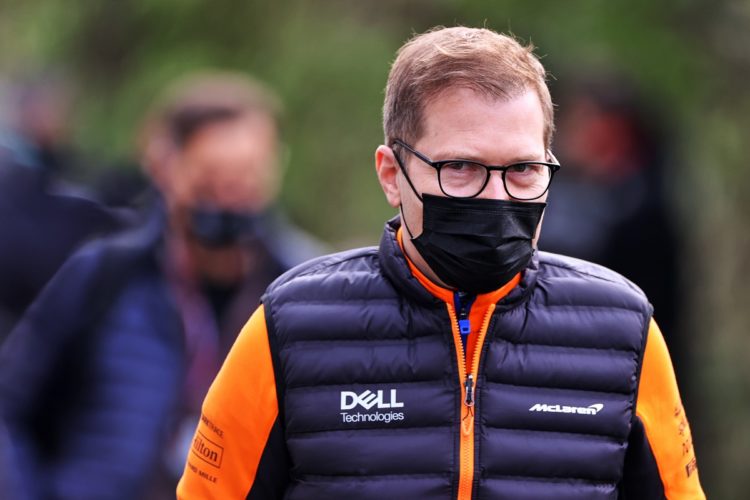 McLaren Team Principal Andreas Seidl doesn’t believe it is a surprise that drivers who have switched teams from 2020 are currently struggling in comparison to their team-mates.

Last weekend at Imola, McLaren’s Daniel Ricciardo was out-paced by Lando Norris during the race, with the latter securing the team’s first podium of the 2021 campaign.

Elsewhere on the grid, drivers such as Sebastian Vettel and Carlos Sainz are currently lacking pace compared to their team-mates, having switched teams over the winter.

Seidl states that due to the complexity of the current generation of Formula 1 cars, coupled with the lack of pre-season testing, there is no shock over some of the intra-team differences.

“I won’t say it is a surprise,” Seidl said. “We know it is not just straightforward to jump from one car into another one, and only have one and half days of testing.

“There is no point about complaining about one and a half days of testing because it was an agreement between all the teams in order to have only one test to save costs. So, no point going into that too much.

“These cars are complex, and to find these last two, three, four, tenths, but also make the difference when how comfortable they are to push these cars to the limit, that is not straightforward to find and get out of these cars.

“That takes time. It is not a surprise it is part of the process of integrating a new driver, and with the experience Daniel has, in the experience we have within the team, it is just a matter of a few more race weekends before Daniel is fully comfortable in our car.”

Seidl hopes that F1 will have more pre-season test days in 2022, when a technical regulation overhaul will come into effect.

“We all hope that next year we go back to more testing days again, especially knowing that we will have completely new cars next year,” he said.

“It makes sense to do more tests, with a good gap in between in order to digest what you have learned from the first test, and also to be able to react with these brand-new cars.

“In general I think that is also something that I’ve discussed in the past like when Carlos was joining us from Renault. And we have seen from other drivers, all these drivers are very talented and have a lot of experience, and they adapt very quickly and straightaway.”