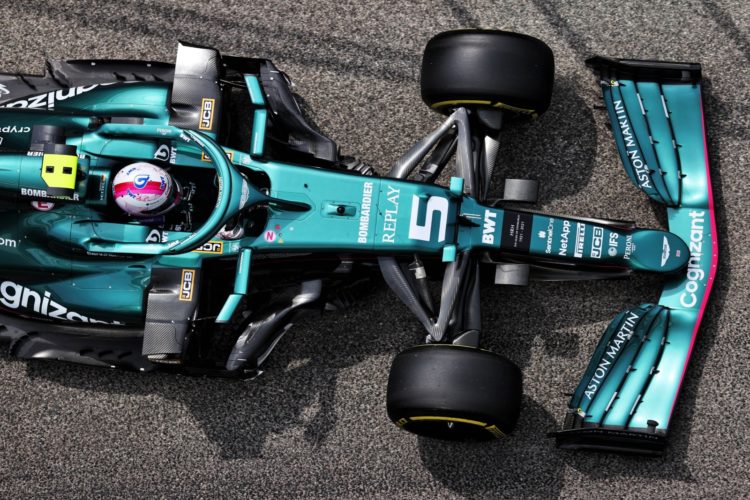 Sebastian Vettel will “just get better and better”, according to Aston Martin team boss Otmar Szafnauer, who feels the four-time Formula 1 champion’s progress in 2021 has been slowed by pre-season setbacks.

Vettel switched from Ferrari to Aston Martin for 2021 but had only one-and-a-half days of running in the AMR21 prior to the opening round owing to the decision to reduce testing.

Vettel’s situation was accentuated by a sequence of mechanical issues that meant he completed the least mileage of the full-time participants.

He endured a troubled opening round in Bahrain, dropping out in Q1 after a yellow flag violation prior to colliding with Esteban Ocon in the race.

At Imola Vettel’s race was compromised by a brake fire before the start, which resulted in a pit lane start and subsequent penalty, and he retired late on owing to a gearbox issue.

It has left Vettel without a top 10 result in either qualifying or the race after the opening two rounds of the season.

“I guess my biggest regret is that we weren’t as reliable as we should have been in the winter,” said Szafnauer.

“Seb lost a significant amount of his day and a half, so yeah, had we had more testing and Seb in the car more, I think he would be in a different place on the learning curve.

“He has very high expectations of himself and he will work tirelessly to get better and move up that learning curve. But he’s not beating himself up, so to speak.

“He’ll just take that bit of frustration and he’ll be even more determined to get up to speed quickly.

“It wasn’t his fault at all that we originally burned his rear brake ducts and cake tins. It was so close to actually replacing them on the grid… After starting in the pitlane and the penalty, he had no chance really. And that wasn’t his fault.”

Szafnauer highlighted that situation being replicated at other teams in Formula 1, with drivers in new surroundings currently behind their established team-mates, shows Vettel is not alone in being on the backfoot.

“Having talked to Checo [Perez] too, he’s gone to Red Bull which has a different philosophy to ours and he says the same, that it’s just going to take seat time to be able to get to those fine, fine margins of getting the most out of the car,” he said.

“It’s just that simple. The more seat time, the better. Seb, although he had the penalty, he was never really in contention. But after he put the slicks on, he was doing some really quick lap times if you watched them.

“I think he’s getting on top of the car and he’ll just get better and better.”