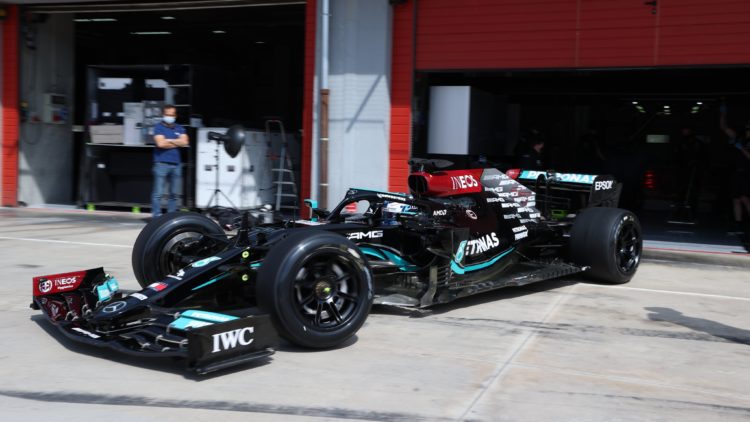 Pirelli and Mercedes stayed on after Sunday’s Emilia Romagna Grand Prix as part of the Italian company’s private development programme for 2022.

World Champion Lewis Hamilton logged 130 laps on Tuesday before Bottas added another 106 laps of the Imola circuit in the W10 in warm and fine conditions on Wednesday.

Formula 1 was poised to introduce the 18-inch wheels for 2021 but its debut was pushed back by 12 months because of the pandemic.

The next test is due to take place after the Spanish Grand Prix.

Red Bull, Alpine and Alfa Romeo are due to be in attendance at the Circuit de Barcelona-Catalunya.

Mercedes’ next tyre test will be on Pirelli’s prototype wet tyres at Paul Ricard in June.

Of the 10 teams only Williams has opted out assisting Pirelli with its 2022 development programme.

Pirelli does not divulge information with teams individually in order to ensure no-one gains an unfair competitive advantage.