Hamilton’s words of solace for Russell, Norris at Imola 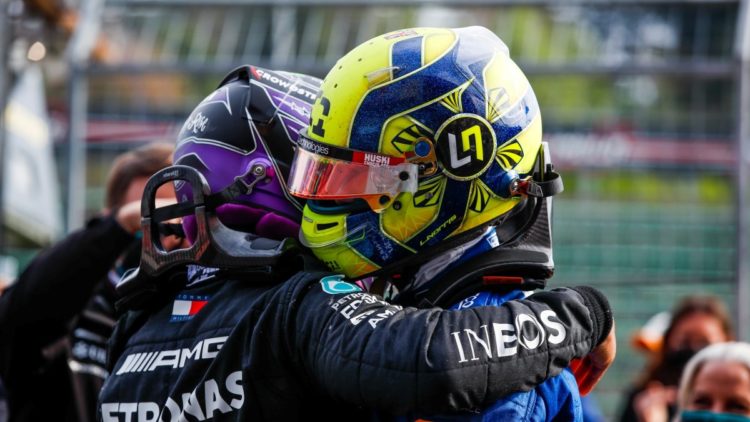 Russell attempted to make a pass on Bottas along the main straight at Imola but clashed at high speed and were both eliminated from the race.

Russell immediately laid blame on Bottas in the aftermath of their clash but backtracked on Monday by issuing an apology on social media.

“Having had time to reflect on what happened afterwards, I know I should have handled the whole situation better,” wrote Russell. Emotions can run high in the heat of the moment and yesterday mine got the better of me.

“I’ve learned some tough lessons this weekend and will come out of this a better driver and a better person for the experience.”

Hamilton stepped up to support his compatriot and replied to Russell’s post saying: “Strength comes from vulnerability.

“If you don’t make the mistake you can never learn the lesson. Respect for taking responsibility. Onto the next one.”

Norris set a time quick enough for third during Q3 on Saturday but it was deleted after he exceeded track limits at Piratella.

The minor off-track excursion meant Norris wound up seventh on the grid.

“Inches away from P3. My mistake,” Norris posted on Instagram later on Saturday evening.

“I misjudged it and the time was deleted. Sorry to everyone at McLaren, I effed up, you deserve better.”

Hamilton added a supportive reply later that evening: “Nobody can knock you for giving it your all. Amazing lap, it’s great to see you and the team shine. Move on, let’s race.”

The two drivers later wound up battling each other in the final stages of the race for second place, with the reigning World Champion coming out on top, as Norris collected his second career podium.