Hamilton gets first taste of 18-inch tyres at Imola 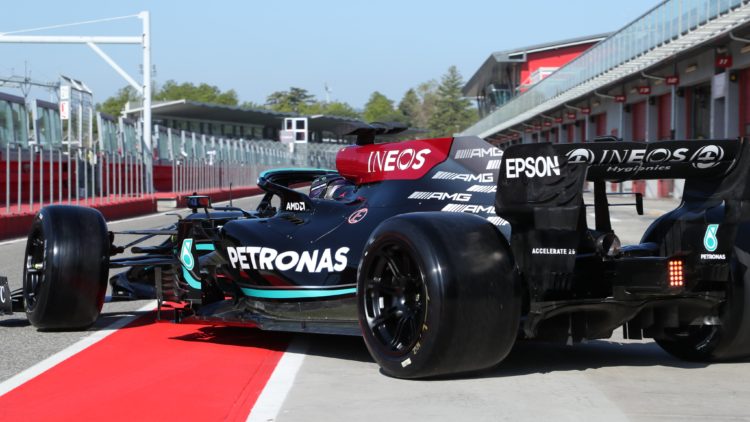 It marked Hamilton’s first appearance on the 2022 prototype tyres.

Hamilton completed 130 laps – just over two race distance worth of running – in dry and fine conditions in the Mercedes W10 at the home of the Emilia Romagna Grand Prix.

Valtteri Bottas is due to take over running for Wednesday’s test day.

Formula 1 was set to introduce the larger specification rubber for this year but its debut was delayed by 12 months due to the pandemic.

Pirelli, which last month secured an extension of its current exclusivity deal through 2024, has been preparing for the switch for several years.

The 2021 programme is due to continue with a two-day test after next month’s Spanish Grand Prix with Alpine, Red Bull and Alfa Romeo in attendance.

Further tests are planned after grands prix in Austria, Britain and Hungary, while French venues Paul Ricard and Magny Cours are also due to host test days.

As per the regulations Pirelli formulates the run plan and shares data between all teams to ensure no one participant gains an unfair advantage.

Williams is the only team that has opted not to participate in the test days.