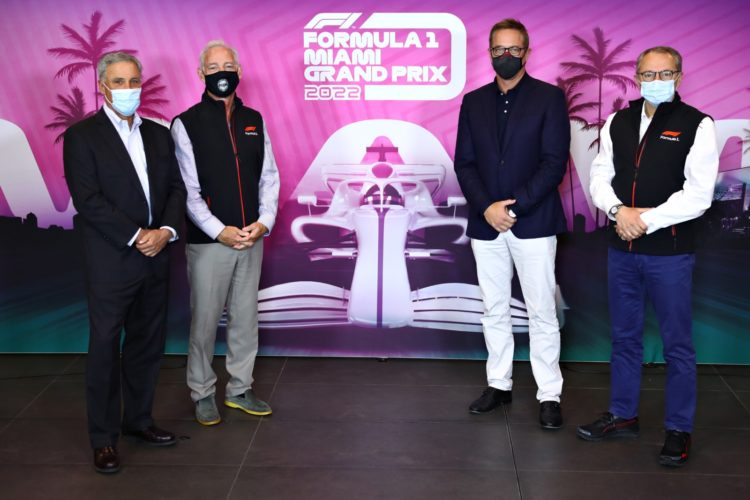 Formula 1 will keep its rounds in the United States separate on a 2022 calendar that is set to feature 23 events.

The championship announced on Sunday that it had concluded an agreement to hold a grand prix in Miami through 2031.

It is set to be in addition to the United States Grand Prix, which has been held in Austin, Texas, since 2012 – though that event’s current contract expires after 2021.

Austin’s event has been held in late October/early November and has been twinned with Mexico City’s grand prix since 2015.

Formula 1 chief Stefano Domenicali confirmed that “we are figuring out 23” in terms of the number of events planned on next year’s schedule.

Domenicali also outlined that Miami’s inaugural grand prix will take place in Q2 of 2022, meaning pairing the event with Canada’s race – which usually occurs in early-to-mid-June – is a likely outcome.

It also means the Hard Rock Stadium, where the Miami race will be held, avoids any risk of a clash with the NFL regular season, which runs September through January, or the Miami Open tennis tournament, scheduled for late March/early April.

“I’ll let F1 handle the calendar and the schedule but we’re happy to have a race in Miami,” said the event’s Managing Director Tom Garfinkel.

“So whenever that is, and however that fits in the schedule with the other races, we’ll focus on Miami and try and accomplish those goals.”