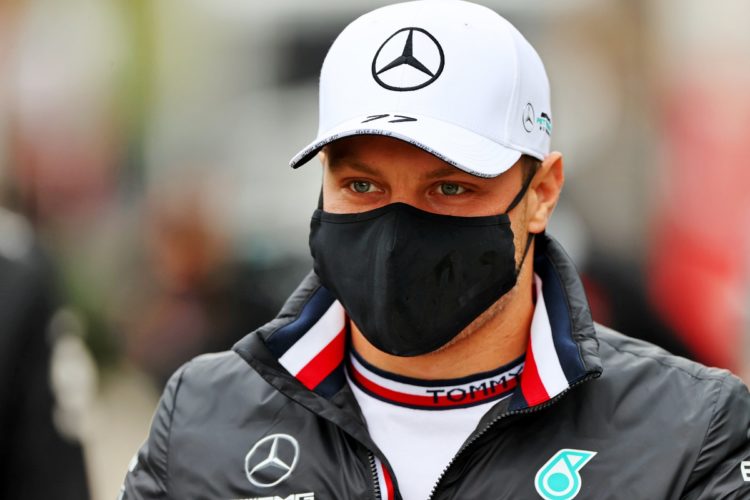 Both drivers were eliminated from the race in the violent impact at Turn 2, with both men blaming each other for the collision.

Russell was attempting to overtake Bottas for ninth place on the road, but claims the Finnish driver changed his position on the run into the corner, which ultimately resulted in Russell losing control after he touched the grass.

Bottas affirmed that he always left enough space for a car on the outside line.

A stewards’ investigation followed, but no punishment was handed out as they deemed the crash a racing incident.

Writing in post-race column, Brawn indicated that Bottas was more to blame for the accident as he left Russell with little room at the high speed section of the track.

“There will no doubt be an intense post-mortem of the accident between Valtteri Bottas and George Russell,” Brawn said.

“The positive thing is that both drivers escaped unhurt and the cars held up on impact to show how far we’ve come regarding the safety standards.

“Imola is quite a narrow track so there’s not much space. When you add wet grass either side from the rain, it becomes very, very tricky.

“I’m sure both drivers will analyse the incident and learn from it but it did look like Valtteri drifted across and left George nowhere to go.”

Mercedes team boss Toto Wolff refused to pin blame on a single driver, but stated that Russell, who is managed by Mercedes, has “lots to learn”.