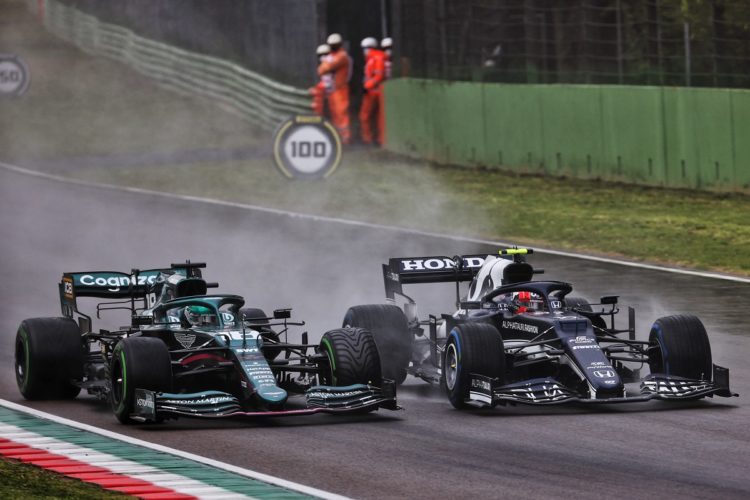 Lance Stroll has lost his seventh-place finishing position at the Emilia Grand Prix after completing an overtake on Pierre Gasly while outside track limits.

A five-second time penalty means Stroll is now classified in eighth, while Gasly moves up one spot to seventh.

Stroll also picked up a penalty point on his Super Licence for the excursion, which is his fourth over a 12-month period.

The incident occurred shortly after the start of the race while being run in wet conditions. A Stewards statement read: “The Stewards were informed after the race of an alleged breach.

“Having reviewed the video and heard from the drivers, the Stewards conclude that Car 18 was not able to complete his pass on car 10 at Turn 2/3 without leaving the track completely shortcutting Turn 3 and returning on the track ahead of car 10.

“He then failed to give the position back. In hearing from the drivers the Stewards accepted that car 18 was ahead of car 10 at the point he left the track, but that he was in that position because of a manoeuvre that he was not able to complete on the track given the wet conditions.”

The penalty means AlphaTauri remains ahead of Aston Martin for fifth in the Constructors’ Championship, holding the position by three points.