Miami GP back on for 2022 as city votes in favour 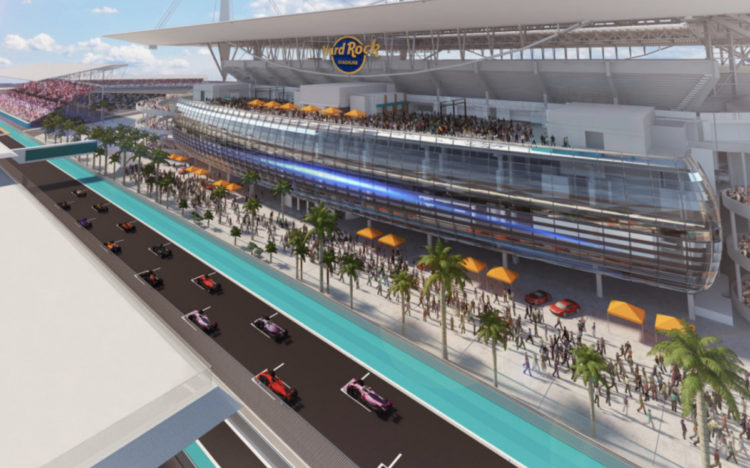 Formula 1 has moved a step closer to holding a grand prix in Miami in 2022 after a crucial resolution was passed by city commissioners.

Formula 1 has been striving to add a second United States-based event for several years and has focused on Miami as its desired location.

Initial plans to bring Formula 1 to downtown Miami as early as 2019 were ultimately abandoned and a new location at the Hard Rock Stadium, in Miami Gardens, was identified.

The event was pushed back amid local opposition while the pandemic also delayed proceedings.

The non-public streets around the Hard Rock Stadium, whose owner Stephen Ross is heavily involved in the promotion of the planned Formula 1 event, are set to form the circuit layout.

On Wednesday evening the city commission gathered and heard several hours of input by members of the public, while some gathered outside in order to protest the planned event.

The updated resolution was ultimately approved by commissioners.

The resolution outlined that the event “would be held in a manner that provides substantial economic and community benefits that directly support City residents and businesses.”

This includes a pledge by the promoter to spend $5m, split across the 10 proposed events, for the benefit of local residents and businesses.

The promoter has also pledged that STEM programmes and paid internships will be provided to select college students in conjunction with the event.

Discounted tickets will also be made available for local residents while noise mitigation barriers “of industrial quality” will be erected to alleviate concerns.

Wednesday’s development paves the way for a finalised agreement to be reached with Formula 1.

A date of May 2022 has been previously outlined as a potential target for the inaugural round.