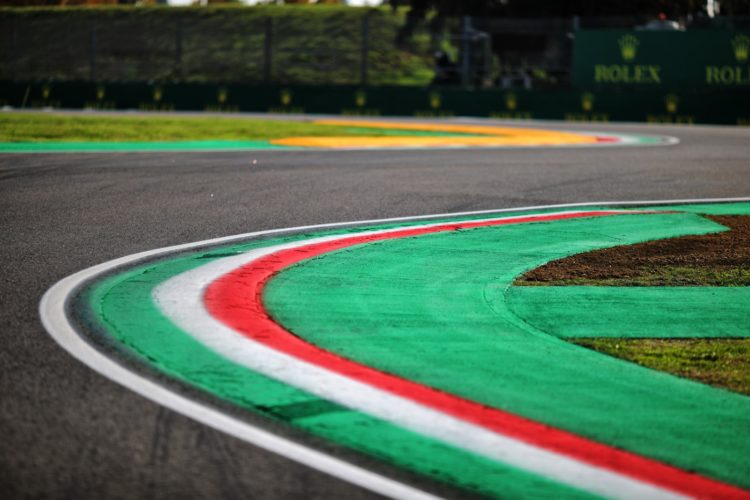 Formula 1 drivers have been warned over track limits at three sections of the Imola circuit ahead of this weekend’s Emilia Romagna Grand Prix.

Track limits were thrust into the limelight at the season-opening round in Bahrain when Max Verstappen overtook Lewis Hamilton outside of the boundary at Turn 4.

The situation concerning track limits at the corner had altered through the course of the weekend, prompting leading drivers and team members to call for greater clarity going forward.

In his usual pre-event notes Formula 1 Race Director Michael Masi has outlined that track limits will be enforced at Imola as per the 2020 running of the Emilia Romagna round.

That means drivers will have their lap times deleted if they leave the track through the exit of the Piratella left-hander (Turn 9) or the exit of the Variante Alta chicane (Turn 15).

Drivers have also been told they cannot leave the track on the apex of Acque Minerali, Turn 13, as that will also result in a deletion of a lap time.

In race trim drivers will receive the black-and-white flag after the third violation and any further cutting will be reported to the stewards.

As usual drivers have been told that they must “only re-join the track when it is safe to do so and without gaining a lasting advantage.”

Former Haas driver Romain Grosjean picked up a five-second time penalty at last year’s Imola race after he was judged to have repeatedly exceeded track limits.