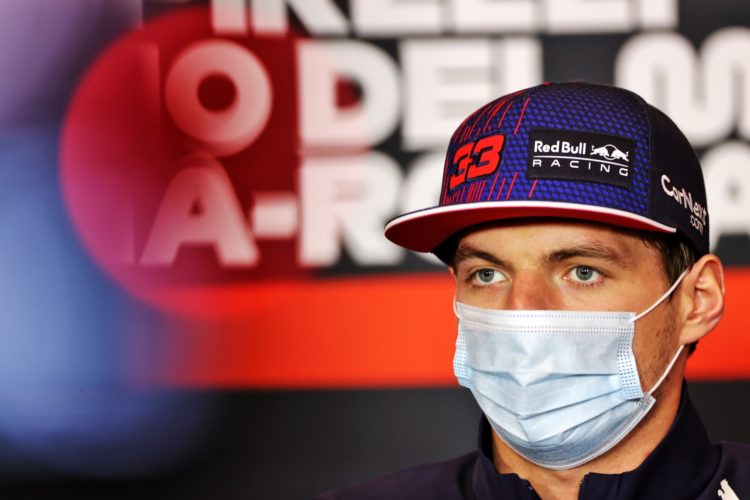 Formula 1 drivers are set to raise the issue of track limits during their regular Friday briefing at Imola in the wake of Max Verstappen and Lewis Hamilton’s battle in Bahrain.

The instruction regarding track limits through Turn 4 altered during the weekend while late in the race Verstappen went wide in passing Hamilton for the lead prior to giving back the position.

Verstappen says the issue will be raised when drivers convene virtually for the usual post-Friday briefing with Race Director Michael Masi.

“Things can be easily resolved if you just put a wall there or gravel, it would help a lot,” said Verstappen.

“In qualifying we had to stay on the kerb, so that is also what I was doing in the race, to be clean, but then of course I heard that Lewis was just going wide, so I did it for two laps, but then I was not allowed to do it anymore.

“I don’t think you should be able to change it through the race.

“Either you can go wide, or not. I can understand of course with my overtake outside of the track limits that that’s not allowed, so that’s fine.

“But if you cannot gain an advantage by going wide overtaking, why are you allowed to do it on your own? That is what I think is not correct.

“So we will talk about that with the drivers and also with Michael about it, and we’ll see what comes out of it. I think it was a little bit messy in the race.

“I think everything before that was very strict and I think good, how we handled everything.

“But definitely in the race, I think for 30 laps or something, Lewis was going wide, and you gain time there. I tried it for two laps, and then they told me not to, so it’s a bit odd.”