Alonso: Gains need to come from me, not just Alpine 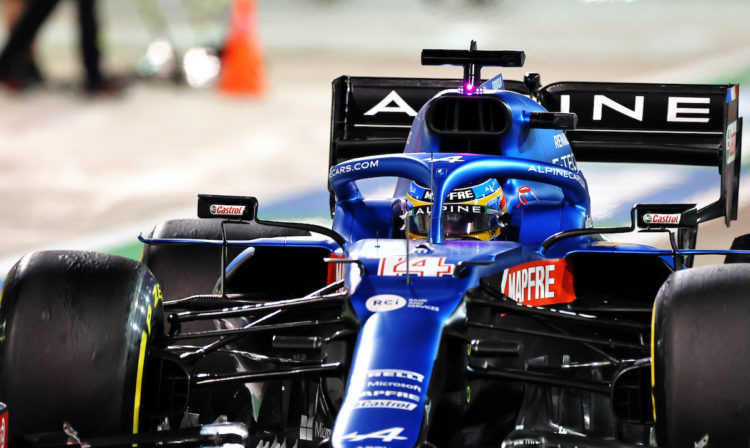 Fernando Alonso says he has to focus more on extracting performance himself than from Alpine’s A521 as he continues his comeback in Formula 1.

Alonso made it through to Q3 on his return to action in Bahrain, having missed the 2019 and 2020 seasons, but retired from the race due to overheating brakes.

Alpine failed to score in Bahrain, with Alonso’s team-mate Esteban Ocon hampered after being hit by Sebastian Vettel, and has brought some updates to its A521 at Imola as it bids to move up the midfield.

But Alonso says the opening round underlined the areas where he has to personally improve across the coming events.

“But I’m happy with the team; updates here will bring some performance to the car and we will check where are the areas in Imola that we have to improve.

“At the same time I need to improve myself more than the car probably at the moment, because in Bahrain I felt that I needed to speed up in things, in procedures, I don’t know, the first lap, formation lap, pit stop, things that were new to me after three years.

“I guess with that weight out of the shoulders after the first race and the first time again I hope I can perform better myself here.”

Alonso is nonetheless hopeful that the upgrades brought to the A521 at Imola can yield dividends in the closely-contested midfield group.

“I think even if the 2021 season is a continuation of the 2020 regulations I think we saw many teams do substantial changes to the cars and I think it was the same to Alpine as well,” he said.

“We still need to understand a couple of areas to the car that are giving different results depending on the configurations we are running, we need to extract a bit more performance out of the car and hopefully for the next couple of races the new updates we will bring to the car we can exploit a bit more the potential.

“The midfield is very close, we saw in Bahrain and all last year three or four tenths can make you fight for sixth or seventh or 14th or 15th, and we want to be as high as possible in that midfield group.”