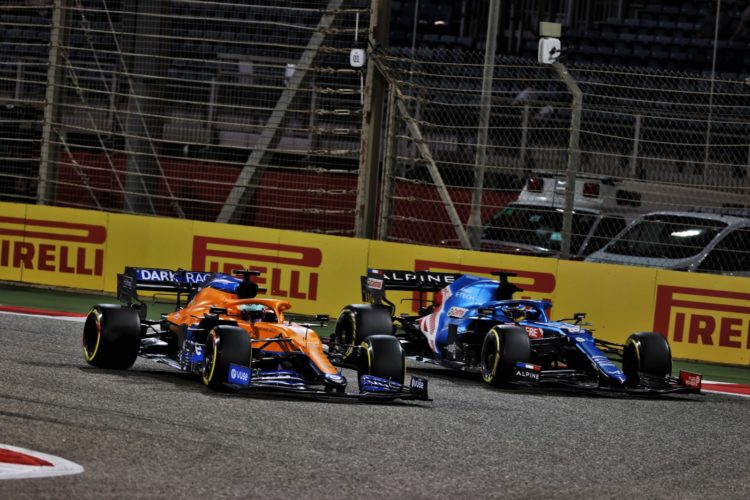 The Alpine Formula 1 team suffered from the hotter than expected weather during Formula 1’s opening race of the 2021 season, according to executive director Marcin Budkowski.

The team looked as though it would mix it with the top of the midfield during pre-season testing, but when it came to Sunday’s Bahrain Grand Prix, both cars failed to finish inside the points with Esteban Ocon 13th and Fernando Alonso 19th – the Spaniard had been fighting for tenth prior to a brake blockage caused by a sandwich bag.

Meanwhile McLaren and Ferrari, which Alpine expected to be battling, finished a best fourth and sixth, with both teams getting all four cars into the top ten.

Budkowski revealed that the team’s A521 is less competitive in hot conditions and the team needs to understand why that is.

“It’s fair to say we’re less happy with the car in the hot sessions,” he explained. “FP3 [in Bahrain] was a bit more difficult for us, and we got back to a level of competitiveness that is more representative in the evening sessions, so FP2 and qualifying.

“The temperature was quite extreme. It was hotter than during the test. I sat on the pit wall in the beginning of FP3 and it was 38ºC, I think 47-48ºC track temperature. That’s way hotter than it was two weeks before at the test.

“Obviously they’re the same for everyone, but you will have different cars reacting differently to these conditions.”

Budkowski doesn’t think Alpine are that far behind, but a few tenths can mean several positions when the pack is so tight, and expects things to improve when F1 heads to cooler venues, such as this weekend at Imola where temperatures are expected to be around 15ºC.

“We’re still a bit short of two-or-three-tenths to actually be fighting with the people we aim to fight with,” he added.

“We have a bit of homework on understanding why we’re seemingly less competitive in the hot sessions than in the evening sessions [in Bahrain].

“I don’t think it’s going to be a problem in Imola or Portugal, but could become a thing again in the summer months.”