Silverstone backs use of vaccine passports for 2021 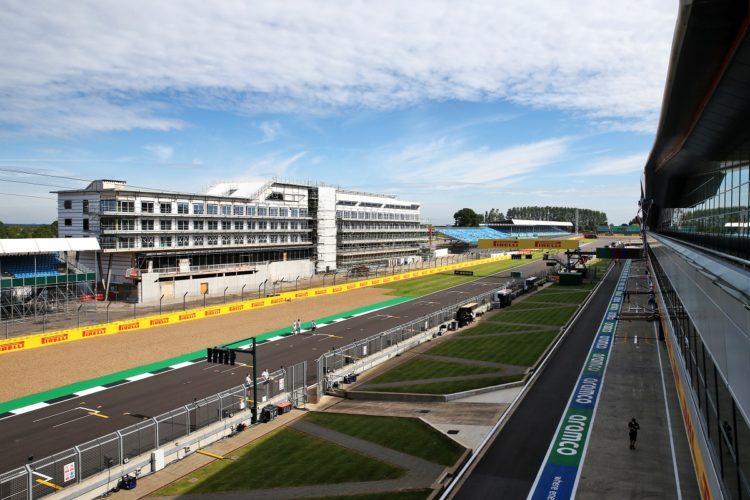 Silverstone is among the list of venues and organisations that have called for Covid-19 tests and vaccine passports as a credible means of allowing for greater spectator capacity at 2021 events.

Outdoor large sporting events in England will be allowed to run at 25 per cent capacity, or up to 10,000 spectators, from May 17 while further restrictions are set to be relaxed from June 21.

Several test events are due to be held later in April and through May in order to assess the safe presence of fans at sporting arenas in Britain.

The Events Research Programme is due to undertake a number of trials which include passes that demonstrate a person has been vaccinated, has recently tested negative for Covid-19, or has natural immunity.

On Thursday evening a letter, of which Silverstone was a signatory, was sent to the leaders of the major political parties in Britain.

It was also signed by the Football Association, Premier League, England and Wales Cricket Board, Wimbledon organisers AELTC, the Rugby League and Rugby Union bodies, as well as the English Football League and Scottish Professional Football League.

In the letter the bodies emphasised that they “are committed to working closely with the Events Research Programme to explore all options that will allow us to swiftly return to full capacities.”

“The return of fans will give a huge boost to millions who enjoy a day out at a sporting event with their friends and families and be of great benefit to the economy.

“It is right that every possible action is considered to secure this outcome as soon as possible, but only for as long as an unrestricted return is considered unsafe to fans, matchday staff and the wider public.

“This includes investigating how a Covid certification arrangement could reduce and then safely remove the requirement for social distancing.

“There are many issues to be addressed including how the technology would work and its ease of use at major events, for both the attendees and the organisers.

“All of our sports can see the benefit that a Covid certification process offers in getting more fans safely back to their sport as quickly as possible. We know that our stadia can only be fully filled with an assurance process.

“This process must ensure that everyone can access stadia and must include arrangements that would verify a negative Covid test or an antibody test alongside vaccination certification.

“The final approach must not be discriminatory, should protect privacy, and have clear exit criteria.

“Based on these principles, we support the review of the use of covid certification for major events. Any final decision on their application should follow an assessment of the evidence gathered in the forthcoming ERP trials.

“We look forward to working with Government and all interested parties, including our stakeholders and fans, to deliver the great sporting summer the whole nation craves.”

Major sporting venues and organisations in Britain have struggled financially since the pandemic owing to the majority of events taking place entirely without spectators.

Silverstone hosted two Formula 1 rounds as part of the pandemic-hit 2020 campaign but both of these were held without fans.

The presence of spectators at Formula 1 events through the coming months is set to be determined on a territory-by-territory basis.

Organisers at Imola and Baku have already ruled out having fans while officials in Portugal, Spain and Monaco are awaiting further communication from respective governments.