Hamilton’s consistency gives him an edge over Verstappen admits Marko 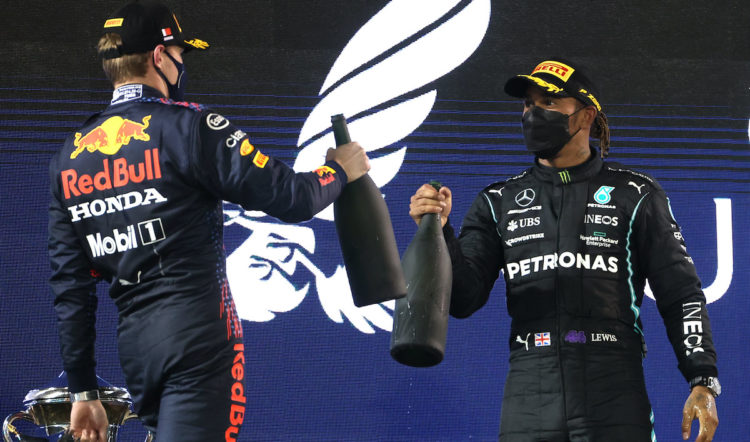 Red Bull’s Helmut Marko believes there is just one difference between seven-time Formula 1 World Champion Lewis Hamilton and Red Bull’s Max Verstappen, which is giving the Briton an edge over his chief rival.

Hamilton, who is technically F1’s most successful driver in history given his seven titles – which matches Michael Schumacher – and his record 96 grand prix victories – five more than Schumacher – which gives Hamilton a 36 per cent ‘winning rate’ from his 267 race starts, putting him third behind Albert Ascari and Juan Manuel Fangio.

Verstappen meanwhile has just 10 victories to his name, but has only entered 120 races since his debut in 2015.

That’s where the two differ according to Marko, who believes Hamilton only has a competitive edge over the 23-year-old because of his “incredible consistency” as a result of his “wealth of experience” in the sport.

“The race [Bahrain GP] clearly showed that the two are in a class of their own,” the Austrian told Formel1.de.

“The thing that Hamilton has over Max is his incredible consistency,” he explained. “I don’t know how many races he has, how many wins.

“[But] they are more or less on a par with each other. Max will also be able to draw on a wealth of experience like Hamilton’s at some point.”

Marko alluded to that experience in Hamilton’s defence against Verstappen in Bahrain when he was able to place his car in positions which made it impossible for Verstappen to launch an attack.

“You could see how he [Hamilton] did a great job tactically, how he made line changes and so on. It was a very difficult race for Max.”

Red Bull arguably had the quicker car but fell down on strategy, setting F1 up for an incredible season-long battle between two of the most exciting drivers in the sport, with the action set to resume next weekend in Imola.