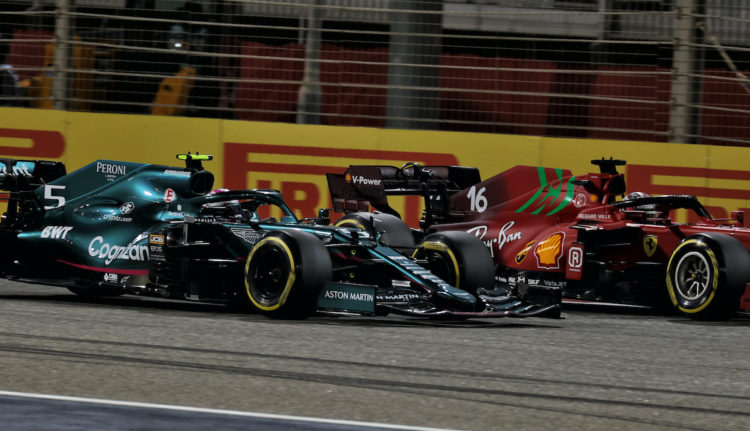 Vettel’s debut race weekend with Aston Martin was a difficult one after the German failed to escape Q1, with his laps disturbed by yellow flags, and a penalty put him at the back of the grid for the race start.

Although he managed to claim a couple of positions and ran inside the top ten, a collision with Esteban Ocon saw him eventually finish outside the points in 15th, five places below team-mate Lance Stroll.

Szafnauer defended Vettel’s race, insisting he’s yet to tune into the AMR21 after a difficult pre-season test in which he enjoyed very little running due to various issues.

“He only really felt happy with the car, getting to grips with it, making set-up changes, in qualifying [but then] he had the yellow flags.

“He didn’t do a lot of laps in winter testing, we only had three days and he had to share those days with lance and he seemed to have all the problems.

“So I’m still confident we’ll get him there.”

Szafnauer previously claimed Vettel would rediscover his form at Aston Martin, but following a weekend in which he was handed five penalty points and a ten-second time penalty, some have been left wondering if that will ever be the case.

Szafnauer says it’s far too early to make such a judgement after one race, and although it was a bad race, there were some positives.

“I think it’s very, very early to say that. We only have one data point, one race, yeah it wasn’t the best race but if you look at the positives, he had to start last and he was running in the top ten for a while.

“I had to leave the debrief [early] so I don’t know what his feedback was, but watching from the pit wall and looking at his lap times, his lap times were not that dissimilar to Lance’s, who’s been here for a while and knows the car well, and ended up finishing in a relatively decent position and at times was pretty competitive on mediums and softs and so was Seb. So it’s way too early to say that.”