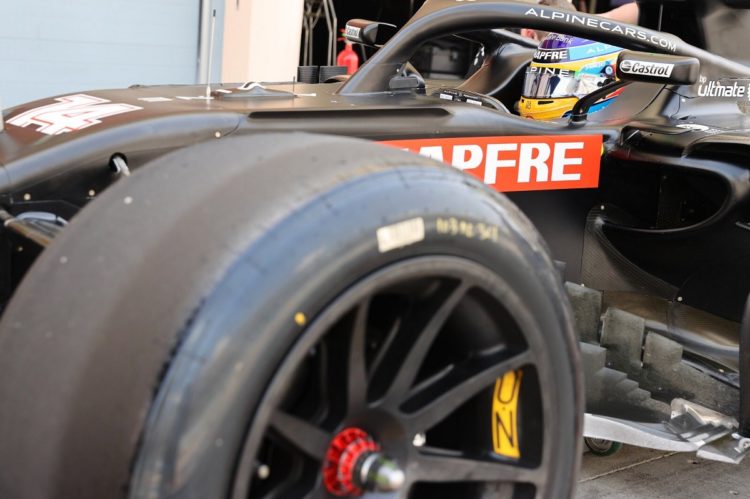 Pirelli has concluded the latest 18-inch tyre test on its 2021 programme, following three days of running at the Bahrain International Circuit.

Both Ferrari and Alpine provided mule cars for the test as Pirelli continues to gather data on the new tyres that will be introduced next season.

Ferrari worked with Pirelli on Tuesday, with Charles Leclerc and Carlos Sainz sharing driving duties, tallying 141 laps between them.

On Wednesday, Esteban delivered 100 laps for Pirelli, before Fernando Alonso rounded out the test on Thursday with 144 laps.

“It was a great day of testing at the Bahrain International Circuit and the new tyres feel good already,” Alonso said. “It is at an encouraging stage of development.

“Hopefully with all the laps we did today at we can help Pirelli develop and help understand the tyres even better.

“It was a well executed day by the team and Pirelli with some useful information.”

Pirelli’s next testing event for the 18-inch tyres will take place at Imola later this month after the Emilia Romagna Grand Prix, with Mercedes running a car across two days.

Prior to the Bahrain outing, Ferrari conducted three days of testing with Pirelli at Jerez, before the start of the 2021 season.

The new tyres will be introduced as part of a wider shift in regulations next year, aimed at improving racing and increasing competitiveness at the front of the grid.