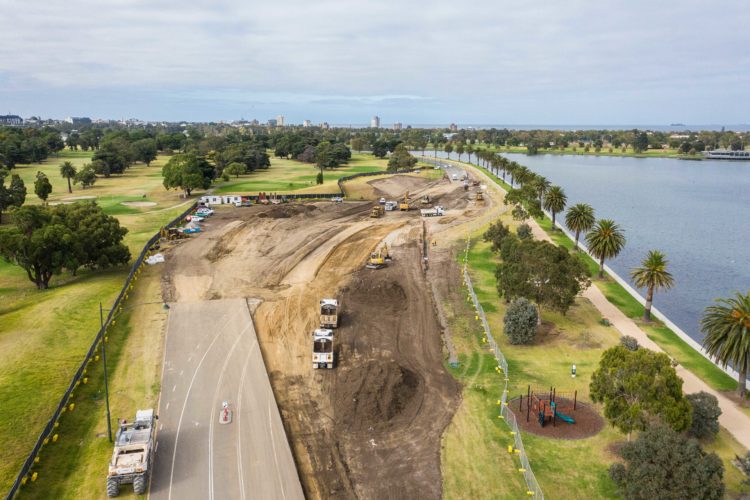 Organisers of Formula 1’s Australian Grand Prix have revealed the full extent of the changes that will be made to Albert Park, with lap times set to be slashed by five seconds, and four DRS zones possible.

It was previously confirmed that Lakeside Drive would be opened up, with the Turn 9/10 chicane removed, and that Turn 13 would undergo revisions.

The full extent of the changes to other corners has now been outlined by event organisers, with the average speed of the circuit set to increase, and lap times poised to dip into the 1:15s.

The inside of Turn 1 will be widened by 2.5 metres, Turn 3 by four metres, while Turn 6 will undergo an expansion of 7.5 metres.

It is expected that the change to Turn 6 will increase minimum corner speeds by 70km/h to almost 220km/h.

Along with the previously confirmed changes Turn 15 will be widened by 3.5 metres.

The revisions to the circuit have opened up the possibility for a fourth DRS zone to be added along the back straight though this has yet to be ratified.

The changes reduce the overall track layout by 23 metres and simulations suggest the average speed of a qualifying lap will increase by 15km/h to 251km/h.

The construction work, which began in February and is set to conclude in July, is being undertaken as part of the Albert Park masterplan enacted by the government of Victoria.

The full layout will also be resurfaced following this November’s event.

“These circuit modifications mean faster racing, with plenty of new opportunities for drivers to battle it out – come November, the Formula 1 Australian Grand Prix will be back and better than ever,” said CEO Andrew Westacott.

“Since the 1950s Albert Park has been synonymous with Grand Prix racing with these upgrades aligning perfectly with the changes in specifications of the Formula 1 cars in 2022.

“While the project will make for more exciting racing, it also enhances the roads and surrounding facilities for community use beyond the event for years to come.”