McLaren: We can’t get carried away with Bahrain performance 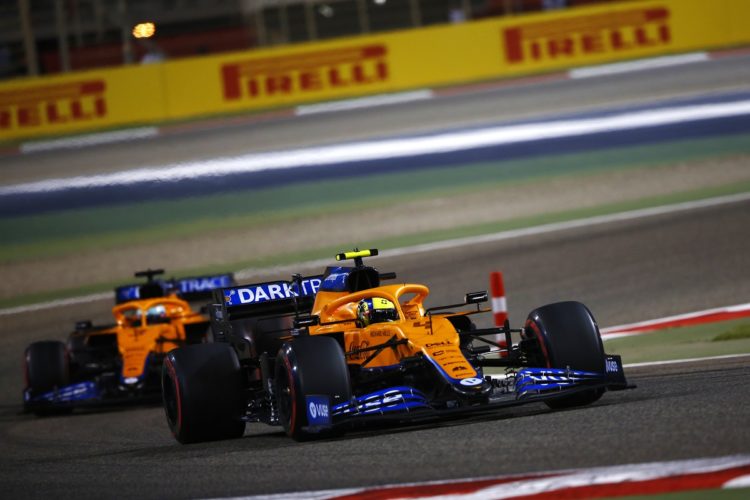 McLaren must not get carried away with its performance at the opening round of the 2021 Formula 1 season in Bahrain, according to its Team Principal Andreas Seidl.

After being out-paced by a Ferrari and an AlphaTauri during Saturday’s qualifying session, McLaren enjoyed a more positive race, with Lando Norris taking fourth place at the chequered flag.

His team-mate Daniel Ricciardo, whose pace was hampered due to floor damage, came home in seventh place, ensuring McLaren jumped to third in the Constructors’ Championship after the maiden round.

Norris’ drive to fourth place went relatively unchallenged on the road – however Seidl says the team must stay cautious of their rivals going forward.

“It was encouraging to see that, if you looked at Lando’s race, we had the third best car.

“It was also encouraging to see that if you look at the gap between Lando and Lewis [Hamilton], who had pretty much a flat out race, it was only about 45 seconds which confirms that we made a good step forward again compared to these top guys over the winter.

“At the same time we have to acknowledge we have strong competition who also made good steps forward so that’s the bigger picture and we simply need to make sure we don’t get carried away from that.

“We celebrate today and we keep working hard and bring more updates to the car to make sure we stay in this battle.”

Despite the encouraging start to the year, Norris says McLaren has “work to do”, as he remains unconvinced that the team possesses the third fastest car in the field.

“If the other AlphaTauri of [Yuki] Tsunoda was in Q3 they probably would’ve been ahead of us,” Norris said.

“We were ahead of Carlos [Sainz]. But if he did a good lap, he should have been ahead of us. So it’s not like it’s perfect.

“We have a lot of work to do, maybe more in qualifying than the race. If we were further back in the race it would’ve been more difficult, and we would not look quite as good.

“I don’t think we can get complacent just by having a good result today. I am happy, there are a lot of positives but also negatives to work on.”