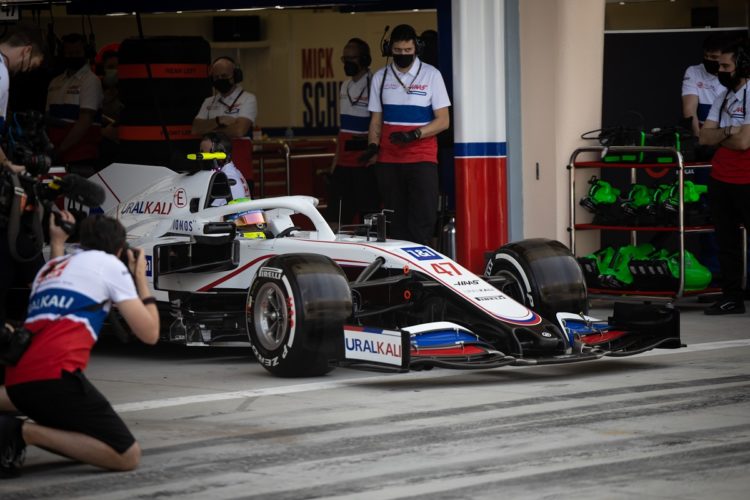 Haas’ Mick Schumacher says he is “90 per cent” happy with his Formula 1 grand prix debut in Bahrain last Sunday, docking marks for a self-inflicted spin.

The German found himself facing the wrong way at Turn 4 on the first racing lap after the Safety Car period, but was able to continue, having avoided the barriers.

With Haas set to be backmarkers throughout the entire 2021 season, Schumacher spent the race at the rear of the field and was classified 16th at the chequered flag, having gained spots late on when Pierre Gasly and Nicholas Latifi retired.

Despite his spin, Schumacher was mostly happy with his performance as he continues to build experience at the wheel of an F1 car.

“I think in general, let’s say 90 per cent happy, 10 per cent not because of the mistake that I did at the Safety Car restart with the spin,” Schumacher said of his race.

“Luckily the car was still drivable and everything was alright, I could keep going and keep taking my experience through the race weekend. After, I went through the C3s [tyres], the C2s, and the C2s felt really good.”

In the latter stages of the race, Schumacher closed up on Williams’ Nicholas Latifi, who was managing a suspected boost leak issue throughout the race.

Schumacher says the time spent behind Latifi was valuable as he was able to experience dirty air and the use of DRS in race trim.

“Afterwards, obviously [it was] a bit of a shame that I wasn’t in the pack, being able to try at least to be close to the guys for a few laps,” Schumacher said.

“Fortunately, let’s say, I got through [the] blue flags but also [when] catching up to Nicholas, I was able to get a feel for how it is to follow a car close with DRS and everything.

“I felt like I’ve learned a lot and I’m able to convert that hopefully into something positive in two weeks.”