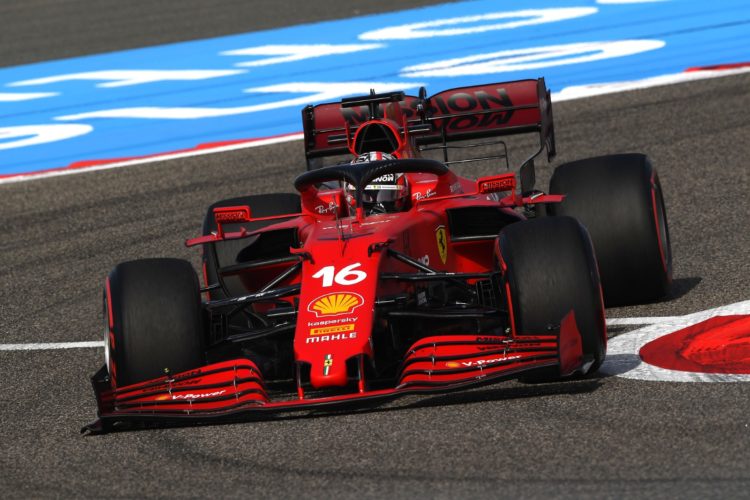 Ferrari boss Mattia Binotto says he “feels relieved” after the squad displayed an upturn in performance during Formula 1’s season-opener in Bahrain.

Ferrari endured a troublesome 2020 campaign amid issues with its draggy SF1000 and a lack of overall performance from its power unit.

It brought a new power unit for 2021 and spent its development tokens in order to address the rear-end of the car.

Charles Leclerc secured fourth on the grid in Bahrain, matching his best Saturday result from last year, and converted it to sixth in race trim.

New team-mate Carlos Sainz qualified and finished eighth on his debut for Ferrari.

It leaves Ferrari fourth in the championship after the first of 23 planned events.

“Yes I feel relieved, certainly, because we may work in a better position and that’s healthy for the team,” said Binotto.

“It’s important that the team can work in a healthy condition, staying calm and positive. For me that was important, so coming here and seeing the car has progressed, put the team somehow in a serenity where we can even work in a better manner.

“How much is coming from the power unit, the improvement? Difficult to say because it’s all relative to the competitors, it’s not an absolute value, and I don’t know what is the progress of the others.”

Binotto outlined that “we are still lacking on the engine, less than before certainty, so the gap has closed,” having struggled for pure speed in 2020.

While still emphasising the long-term nature of Ferrari’s project, and its current predicament, Binotto was encouraged by the early impressions of the SF21.

“Relative to expectations as far as how it compared to our simulations, I think good correlations which is something that is important to us,” he said.

“It’s something that we developed last year to improve, and we have. So I think the car is behaving.

“Our performance I think we had some ideas coming from the winter testing, those three days. We knew we had a better car compared to what we had last year, no doubt, relative to the competitors.

“We know it will take time, but step-by-step I think that’s the approach and that’s the way we are approaching the results.”