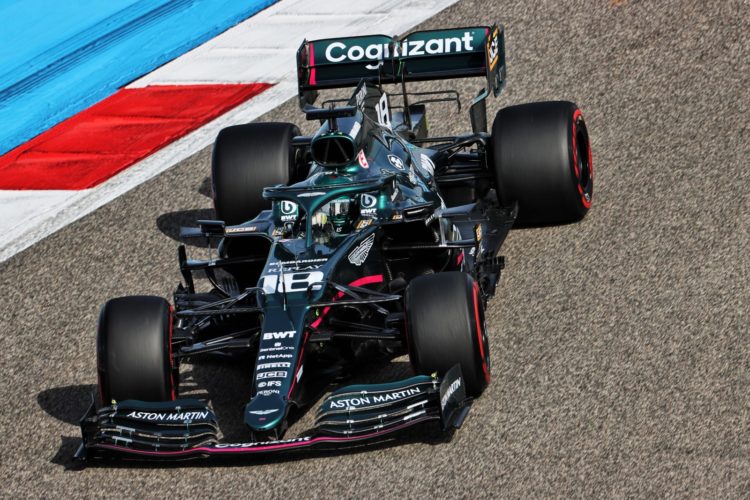 Aston Martin boss Otmar Szafnauer believes the regulation changes for 2021 means the team has lost “about a second” in relative performance owing to its design philosophy.

Aston Martin, along with champions Mercedes, have traditionally run a ‘low-rake’ car, featuring a longer wheelbase, resulting in a different design philosophy to most of the other teams, who adopt a ‘high-rake’ concept.

Changes were made to the regulations for 2021 aimed at making downforce cuts around the floor area, after the FIA and tyre supplier Pirelli were concerned over rising corner speeds.

Outside of Haas, which has all but abandoned development of its current car cycle, Mercedes and Aston Martin were the teams that lost the most lap time in qualifying compared to last November’s previous Bahrain event.

It has led to suggestions that the alterations made to the floor area have hampered those with a low-rake car compared to a high-rake concept.

“I think where we’ve lost is the regulation change, it looks like the low-rake runners have lost about a second a lap to the high-rake runners,” said Szafnauer.

“If you look up and down [the grid], compare us to Mercedes, I think we’re a tenth [closer], but when you compare [it] to high-rake runners they’ve gained seven, eight-tenths or even a second a lap.

“We haven’t given up on this year and we have things in the tunnel and the CFD, so we’ll start bringing them to the track pretty soon.

“So it’s a matter of clawing back the deficit that was imposed on us by the FIA through their regulation change based on safety.”

Szafnauer added that Aston Martin knew last year, when the changes were confirmed, that it was likely to lose out.

“It was pointed out last year by the low-rake runners that this would have a bigger effect than the high-rake runners and we were correct,” he said.

“At the time the regulations were being made this was being pointed out.”