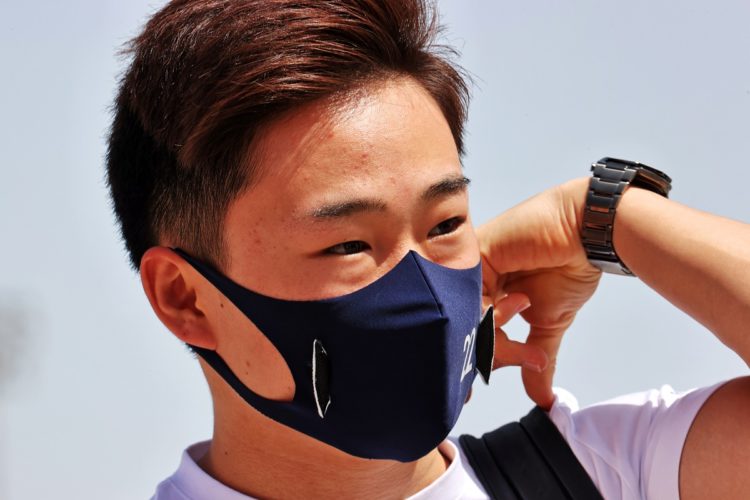 Formula 1 managing director Ross Brawn has heaped praise on AlphaTauri’s Yuki Tsunoda, labelling him the best rookie the sport has had “for years”.

Tsunoda impressed many across his grand prix debut last weekend in Bahrain, which included a standout Q1 lap in qualifying that placed him second on the timesheet.

The Japanese driver failed to progress into Q3 on Saturday and endured a difficult opening lap to the race, but recovered to ninth place to claim two Championship points.

“I met him at the weekend for the first time and he’s a really impressive character. He is quite amusing and his language in the car can be a bit fruity!

“He showed some brilliant spells in the race, which is encouraging considering it was his first F1 race.

“He is the best rookie F1 has had for years, having been fairly stunning in whatever series he has competed in.

“His promotion by Red Bull looks like a brilliant move. We can all remember the glorious days of full grandstands at Suzuka and the passion of the Japanese fans. I think we are going to have that again, which is incredibly exciting.”

Tsunoda produced a number of overtakes en route to his top 10 finish, including an “emotional” move on two-time World Champion Fernando Alonso.

On the final lap, he progressed past Aston Martin’s Lance Stroll to seal ninth place and as a result, received high praise from AlphaTauri team boss Franz Tost.

“Yuki had his first race in F1 and I must say he really did a fantastic job,” Tost said. “We told him his aim was to come back from the first lap with a healthy car to be able to run his race, and that’s exactly what he achieved.

“He showed a lot of good overtaking maneuverers – I believe he was the car that completed the most overtakes – and his lap times were also very competitive, with the Medium tyre as well as with the Hard compound.

“He deserved ninth position and it was really nice to see how he fought against Kimi, Lance and others – I think we can look forward to the season ahead with him.”