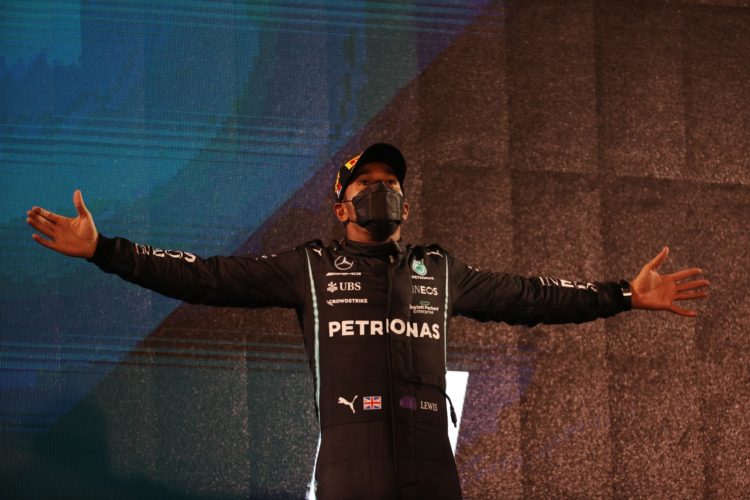 Hamilton claimed the lead via the undercut on a two-stop strategy and had to resist a charging Verstappen through the final stint.

Verstappen passed Hamilton around the outside of Turn 4 but exceeded track limits in doing so and duly relinquished the spot to the Mercedes driver.

Hamilton held on across the remaining laps to open his 2021 account with victory and commented afterwards that “it was horrifying! It wasn’t great.

“I was struggling obviously at the end with the rear of the car, the rear tyres had gone off.

“I knew that he was going to catch me with 10 laps to go and I was thinking it was going to be almost impossible, pretty much impossible, to hold him behind, which in fact it was up until the Turn 4 incident.

“Then after that I couldn’t believe that I was just able to just keep him behind, I managed to keep him in my wake, he was right behind me, so it was difficult for him in certain places to get close.”

Hamilton described nervy moments even across the final stages of the 56-lap race.

“On the second last lap Bono kept going on, telling me how many laps were left, he was like ‘three laps, two laps’, I was like ‘Bono I can count!’.

“I think the last lap when I got through Turn 4 I knew I was in a good position, but then had oversteer out of Turn 10, nervousness out of 11, snap oversteer in 13 which is a really bad one.