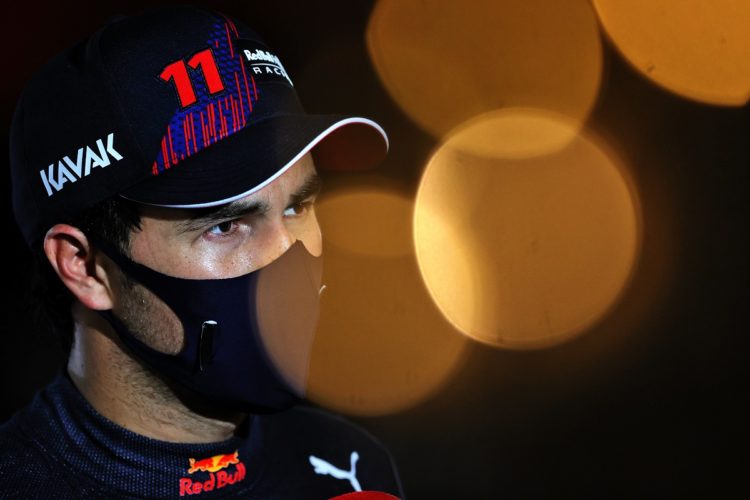 Red Bull’s Sergio Perez has defended the decision to complete his final Q2 lap on Medium tyres after his first attempt was deleted due to a track limit violation.

Perez failed to advance into the final stage of qualifying on Saturday after his second effort wasn’t enough to make the top ten cut, leaving him 11th on the timesheet.

His first timed lap, which was quickly ruled out, placed him three-tenths of a second down on team-mate Max Verstappen, who eventually claimed pole position.

Perez explained that he was confident he had the pace to go through to Q3 on the Medium compound, which offers a more suitable strategy for Sunday, but says he simply didn’t stitch the lap together.

“I was really confident that I had the pace in hand,” Perez said. “Just putting the lap together would’ve put me through but I didn’t put it together.

“I think it was the right call [at] the time, to try go through on the Medium but I just didn’t put the lap together.

“We had a little issue in the car in FP3 that put us off a bit going into qualifying. But every kilometre that I’m doing with the car is helping me a lot.

“I’m happy with the progress I did with the car’s understanding going into qualifying. It just needs to come more. I just have to be patient with myself, put the work in and it should just be a matter of time. I’m not concerned at all.

“Tomorrow it’s a long race but it’s a long season ahead of us so we have to try and minimise the damage tomorrow and every single kilometre I can get tomorrow as well… still a lot of things I will be learning tomorrow.”

Perez added that while he’s heartened to see Verstappen take pole position, his aim on Sunday is to bring home as many points as possible

“It’s very encouraging. Not just for me, but for the whole team,” Perez said. “Max has shown the level of car that we’ve got.

“So it’s important tomorrow to finish it off, get as many points as possible for the team and just stay in that battle and get up to speed, do my work from our side of the garage to get up to speed.”