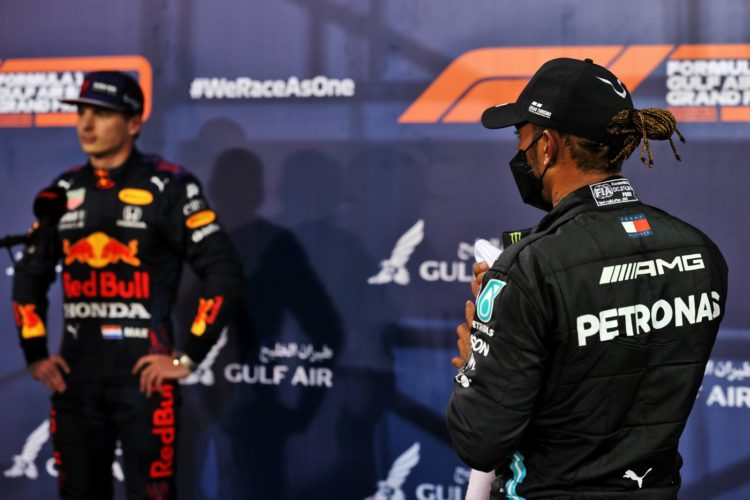 Verstappen led the way through pre-season testing in Bahrain and remained on top across all three practice sessions at the season-opening venue.

Hamilton finished 0.023s behind Verstappen through the opening Q3 runs and while both improved Verstappen unearthed more lap time to classify 0.388s ahead of the reigning World Champion.

It marked the first time since 2013 that Mercedes has failed to take pole position at the first round but Hamilton was not dispirited by the situation.

“It’s definitely closer than we expected,” he said. “I think this is a really good step forward for us coming into this weekend.

“I think we thought it would be double the gap that you see today and so that’s down to some really fantastic work from the men and women back at the factory.”

“I think they’ve got the pace and with the gap they had today, usually they carry that into the race,” he said.

“They are very strong in the race conditions. I’d like to think that we can close that up a bit but I think they have still got at least two tenths in hand.

“We knew from day one on track that the Red Bull was faster than us and we know we had a bit of an uphill battle to climb, so I’m just proud of everyone’s efforts.

“I look upon each year and look at what can be improved and really just try to show my appreciation for the team.

“There’s a lot of guys so I can’t name every single one of them at the end of the day but just want them to know how much I appreciate them.”