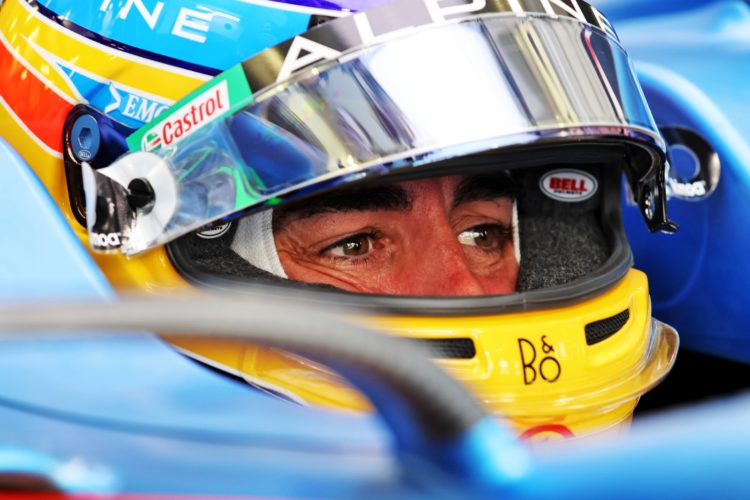 Fernando Alonso says he expects a Formula 1 race will ‘feel like a new experience’ as he prepares for his first start after two years out.

Alonso, who has started 312 races – a figure surpassed only by Kimi Raikkonen and Rubens Barrichello – has not competed in Formula 1 since November 2018.

He made Q3 upon his return in Bahrain, for the first time since Monaco 2018, and will start the race from ninth on the grid.

“I am confident we can do a good season but it has to be race by race, I have to get better myself first of all,” he said.

“Even today it was the very first time on these grippy tyres to extract the maximum from the car and I will need a couple of races probably to get up to speed.

“[It will] even [be] the same tomorrow, it will be the first time [doing the] formation lap, the traffic lights, the first corner action, it’s simple things for a racing driver but after two years it’s going to feel again like new, to do a pit stop under two seconds.

“All these things I will have to live it for the very first time again, and that’s something I will need a couple of races to get up to speed, so let’s see.”

Alonso conveyed his thrill at experiencing a Formula 1 qualifying session in the current-spec cars after an absence of two years.

“I really enjoyed it, I think these cars on low fuel and new tyres, they are really extreme in terms of performance,” he said.

“You have to really trust the car and believe that you can go that fast, and it was a very nice feeling, enjoyable feeling.

“The first qualifying of the year is a little bit of an unknown, how fast we are, so every time I came to the garage it was a moment of curiosity looking at the screen and seeing where you ended up, so it was a fun qualifying for sure.”