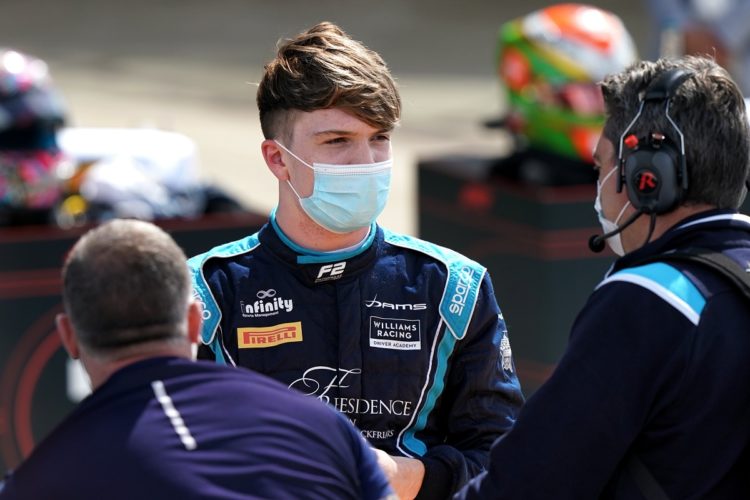 Williams has confirmed Dan Ticktum will remain with the team in 2021 as a Development Driver, with his role running run alongside a Formula 2 drive.

Ticktum joined Williams in a development position last year as he contested his first full season in the F2 series.

Competing for DAMS, the Briton ended the year 11th in the standings with one victory and three further podiums before making the switch to Carlin for the 2021 campaign.

Williams says that during 2020, Ticktum “took on a busy simulator programme to aid with car development” – duties he will continue to undertake at the team this year.

“I am very happy to be continuing my partnership with Williams as Development Driver,” Ticktum said.

“It will be fun to get more time trackside this year as last year was quite difficult, so it will be nice to get more involved with the team at the track.

“I am looking forward to continuing my support in the sim, and I am very focused for this year. I still have a lot of work to do as my season hasn’t started but I am privileged and very happy as always to be representing Williams.”

Ticktum has not yet driven a Williams F1 car as part of the development role, but has tested F1 machinery before, driving for Red Bull in 2019 at in-season tests.

Williams is looking to bounce back from a difficult 2020 campaign that saw it score zero points for the first time in its long history.

Team Principal Simon Roberts said: “It’s great to be continuing our working with Dan in his role as Development Driver for Williams Racing.

“He is a very exciting young driver with plenty of talent, which is evidenced by his back-to-back successes in Macau along with his impressive rookie season in F2 last year.

“We got to see first-hand his skills in the simulator and Dan played an important role in helping with car development, along with becoming a well-respected member of the team. We look forward to watching him grow and develop in 2021.”