Vettel christens his Aston Martin AMR21 after a Bond girl 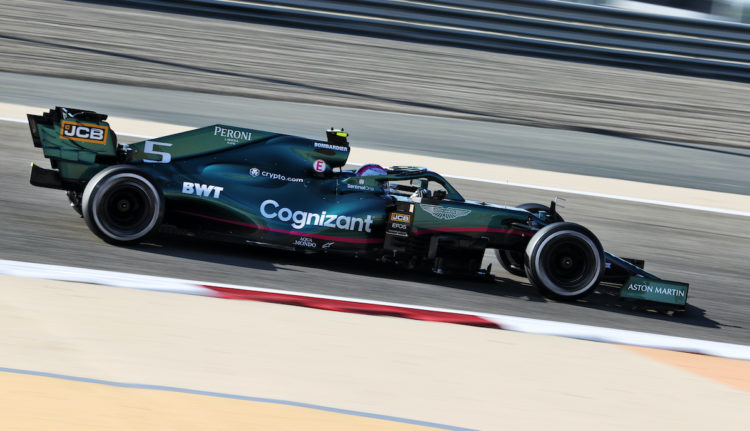 Sebastian Vettel has continued his tradition of giving his Formula 1 cars a female name ahead of each new season.

The four-time F1 champion has christened his first Aston Martin ‘Honey Ryder’ in a nod to the first Bond girl from the James Bond film Dr. No.

Although the 1962 film didn’t actually feature an Aston Martin as Bond’s car – he drove a Sunbeam Alpine Series II, not related to the Alpine brand competing in F1 now – the British marque has a longstanding relationship with the spy series.

Speaking on Thursday ahead of this weekend’s Bahrain GP, Vettel shared his favourite Bond movie, actor and film: “I think the DB5 is the most iconic car. It’s a very cool car. Favourite Bond? I think Sean Connery and to be fair Pierce Brosnan…that’s my youth. But yeah Sean Connery, he has very good style. Favourite film? I quite like the first one that kicked it off, obviously because of Honey Ryder.”

Vettel has named every F1 car he has competed in since his first full season, with his 2008 Toro Rosso called ‘Julie’. His title winning cars have been known as Luscious Liz/Randy Mandy, Kinky Kylie, Abbey and Hungry Heidi.