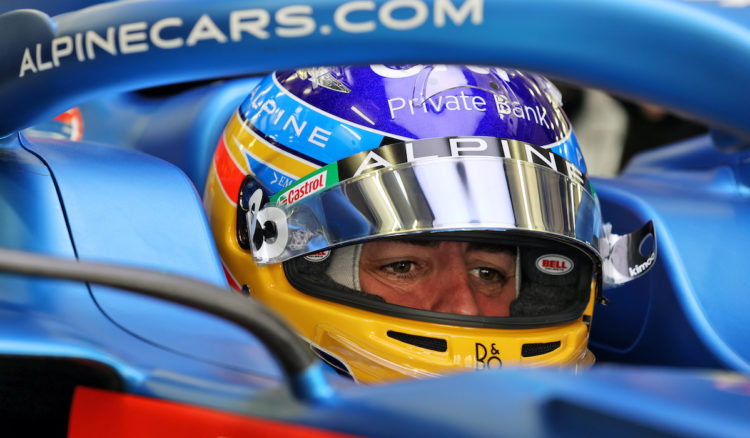 The Spaniard will make his F1 return this season with Alpine, having spent two seasons competing in other championships including the World Endurance Championship, IndyCar and Dakar.

Alonso says his aim is “win races” and “fight for championships” again, but knows that won’t be possible until the 2022 rules reset.

“I’m back in Formula 1 with the aim of doing well, obviously, and the aim of having the chance to win races and hopefully to fight for championships,” he told the BBC.

“We understand that this year it is not going to be possible because the regulations are a little bit different but basically the same as previous years, so I don’t see any miracles happening there.

“But I think in 2022 there is a chance with the new regulations of mixing the order of the grid and we want to be one of those teams that surprises everybody. To do that we need to work hard this year.”

Asked about his rivals and going up against what is one of the strongest grids in F1’s history, which includes a seven-time champion in Hamilton, four-time champion in Vettel and the highly rated Verstappen, Alonso insists he’s still got what it takes to compete against the best, ranking himself above them.

“It’s going to be great and I’m looking forward to it,” he added. “There are some young, talented guys who have been showing great performances in the younger categories and then we still have the champions who were here two years ago — Lewis, Sebastian, Kimi, even Verstappen who even if he is one of the young generation, he has already been racing at the top level for four or five years.

“So I think we have a very competitive grid and it’s going to be a challenge to beat everyone on track.

Asked if he’s still as good as those four, he simply replied: “No, I’m better.”