Technical Insight: The updates Ferrari is pinning its 2021 hopes on 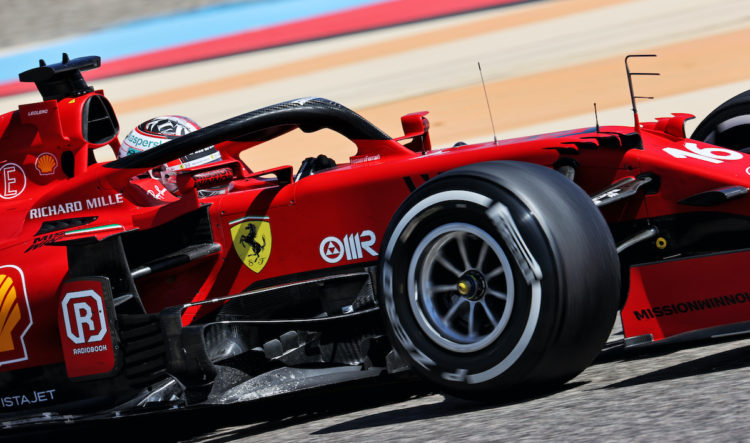 The Ferrari SF21 we saw during the three days of pre-season Formula 1 testing in Bahrain at the weekend certainly looks to be a step forward on last year’s disastrous SF1000.

The test looks to have confirmed the correlation between the track and the simulations/wind tunnel data, which makes understanding its issues a far easier task, but also shows Ferrari are heading in the right direction.

The SF21 is a clear evolution of the SF1000, which was of course to be expected because of the technical development freezes put in place by the FIA.

We saw several aerodynamic innovations on the SF21 during the test and became clear that the team did indeed spend its two tokens on a new gearbox. The unknown factor remains the new Power Unit (designation 065/6) and whether it’s the step forward Ferrari and its fans so hope it is, as it proved to be a major factor in the struggles of last years car.

Ferrari achieved a total of 404 laps during the three-day test, placing it third in the rankings behind its customer Alfa Romeo and AlphaTauri, which tied on 422 laps each.

Apart from a precautionary stop during the opening day of testing due to an anomaly detected by a faulty sensor, Ferrari didn’t encounter any reliability issues with the SF21, nor the power unit or gearbox.

That seems to suggest the test went well, but it’s difficult to judge where the team sits against its rivals given that various variables come into play during testing, such as fuel loads, engine and hybrid modes/maps etc.

However, also considering what Alfa Romeo has done, which is also equipped with a Ferrari engine, it is estimated that the new Power Unit 065/6 has progressed by about 25-30 horsepower compared to 2020.

Even the top speeds, although this must be analysed with caution, bode well on the power front.

We were finally able to appreciate the aerodynamic upgrades of the Ferrari SF21, which has refinements in every part of the car, even if those solutions aren’t exactly innovative.

The area that certainly appears most divergent from the old SF1000 is the front of the car. Ferrari has worked hard to recover much of the aerodynamic efficiency missing from last season. The SF1000 was very slow on the straights, partly because of the underpowered engine, but also due to the high drag offered by the aerodynamics of the car.

The aerodynamic footprint impressed on the new red single-seater, with the aim of recovering vital km/h on the straights, without losing too much in terms of downforce.

The entire front section of the car has undergone refinements, with the new front-wing returning to a greater 2019-style out wash effect (1). It also features a new lateral drift (2) which is inspired by the Mercedes-Aston Martin solutions, both for the shape of the bulkhead in the outermost edge, and in the “foot curb” area with a small flow diverter in front of the tyre.

Finally, the support pillars of the front wing are closer together than the SF1000 solution (5).

Ferrari opted against transitioning to a new slimmer nose concept, despite the benefits it brings. This is because it would have had to spend its two tokens on this, rather than a near gearbox, and Ferrari clearly saw more benefit in that.

But it has worked on its nose externally in a bid to seek out better airflow up to what the regulations allow, without it needing to change the deformable kevlar structure (or chassis), which is when token spend kicks in, as it would have been required to undergo a crash test.

Ferrari’s chassis manager Enrico Gualtieri recognised that a new narrow nose would bring benefit, but believed focussing development at the rear was more important and would bring a greater benefit.

Therefore the changes to the nose are small, but bring aerodynamic gains. You can see below why Ferrari are limited in what they’re able to do as the left image shows the deformable structure, which cannot be changed without spending tokens.

Floors have been a topic of discussion given the rule changes. We were finally able to appreciate this change as the cars hit the track in Bahrain.

The FIA has imposed a diagonal cut to the surface of the floor, reducing the overall dimensions by about 100mm in the direction of the rear wheel, in order to reduce the overall downforce by about 10% compared to last season.

In fact, this reduction of the surface of the floor, and consequent abolition of all the slots that recreated the pneumatic mini-skirt, forced the various engineers to carry out targeted work, to try and recover the percentage points of lost downforce as soon as possible.

The floor of the SF21 in Bahrain was very similar to the one the team tested last year, bar one innovative technical feature which concerns three vertical extension elements in the internal area, between the rear tyre and the diffuser, which control the wake coming from the tyre to ensure it doesn’t upset the airflow.

These solutions, in addition to recovering the downforce, also serve to reduce the drag of the Ferrari SF21