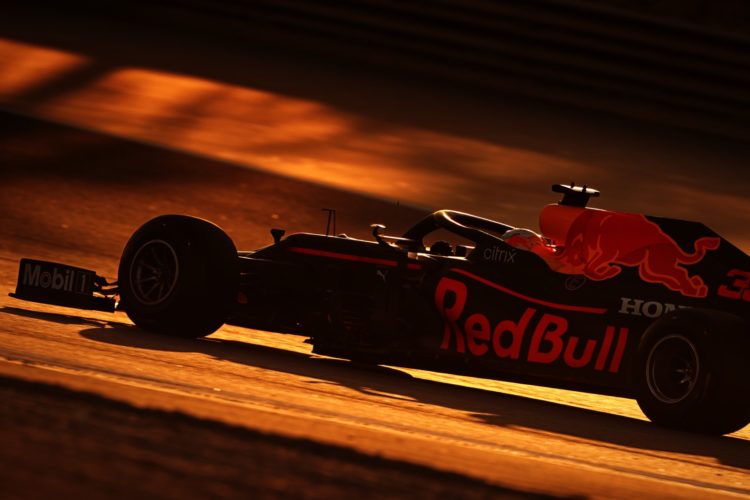 Red Bull Racing’s Max Verstappen underlined his and the team’s potential as he rounded out Formula 1’s brief pre-season testing period atop the timesheets.

Teams increasingly provided a glimpse of their potential during the closing half of the afternoon session, with Verstappen dipping into the 1:29s, before improving further.

Verstappen was eclipsed by AlphaTauri rookie Yuki Tsunoda before the Dutchman reasserted his authority by setting a time of 1:28.960s on the C4 tyres.

Tsunoda made further gains on the C5 tyres to finish just 0.093s down on Verstappen as the youngster caught the eye, recovering from a high-speed half-spin through Turn 7 earlier in the day.

Ferrari’s Carlos Sainz and Alfa Romeo’s Kimi Raikkonen were third and fourth respectively and were involved in a bizarre spat during the closing moment.

The duo made slight contact into Turn 10 when Sainz lunged up the inside of Raikkonen, having been on a push lap before encountering the Alfa Romeo driver.

Raikkonen amassed the most individual mileage of the day as he completed 165 laps – almost three grand prix distances.

World Champion Lewis Hamilton had another subdued day, with several moments and rear snaps from the W12, including a spin at the final corner as he geared up for a push lap.

Hamilton finished in fifth position, over a second behind Verstappen, while Mercedes rounded out the test with the fewest laps completed of any team.

George Russell was within a tenth of Hamilton as he finally got his first taste of Williams’ FW43B, completing 157 laps, while McLaren’s Daniel Ricciardo was next up, classifying seventh.

Morning pacesetter Sergio Perez was relegated to eighth while Fernando Alonso took ninth for Alpine, ahead of Ferrari’s Charles Leclerc.

Elsewhere it was another frustrating day for Aston Martin.

The outfit avoided setting quick times but its programme was truncated early when Sebastian Vettel’s AMR21 suffered a loss of boost pressure in the afternoon.

The opening round of the season, the Bahrain Grand Prix, will take place from March 26 to 28.