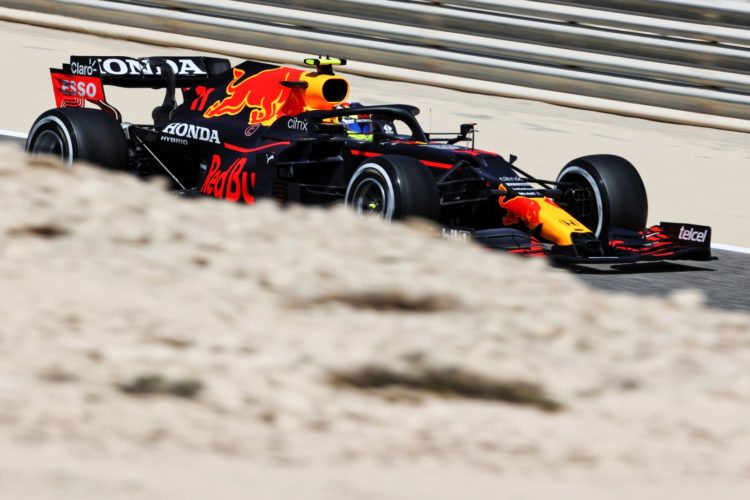 Red Bull’s Sergio Perez led the way at the midpoint of the final day of pre-season testing for the 2021 Formula 1 season.

The final morning of running took place in hot and dry conditions in Bahrain, with the wind largely dropping, following two days of strong gusts.

In a largely incident-free four-hour session Ferrari’s Charles Leclerc set an eye-catching early benchmark on Medium tyres, after a couple of anonymous days for the outfit.

Perez then edged ahead of the Ferrari driver, also on Mediums, before improving further on the Softs, lowering his time to a 1:30.187s.

On a productive morning for teams only pacesetter Perez failed to pass a half century of laps.

Alfa Romeo’s Kimi Raikkonen led the way on the mileage charts as he completed a mammoth 91 laps in the Ferrari-powered C41.

Perez’s benchmark left him 0.299s clear of Leclerc’s early placeholder while McLaren’s Lando Norris finished third, and Pierre Gasly fourth, the only other drivers to classify within a second of Perez.

Valtteri Bottas was seventh for Mercedes while George Russell took eighth as he got his first experience behind the wheel of Williams’ FW43B.

Raikkonen and Aston Martin’s Lance Stroll, who concentrated on longer runs, rounded out the 10 entrants.

The final session of pre-season testing will begin at 15:00 local time.