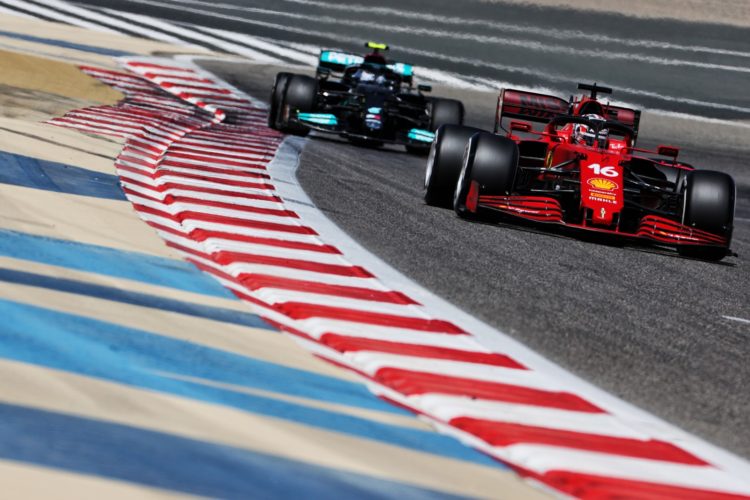 Ferrari team boss Mattia Binotto believes the manufacturer no longer has a disadvantage along the straights compared to its Formula 1 opponents.

Ferrari’s straight-line speed prowess grew through 2018 and in 2019 it was widely regarded to have an advantage on power-hungry circuits.

But in 2020, following a private settlement with the FIA over its power unit, Ferrari struggled for outright speed, compounded by the draggy nature of its SF1000.

It slumped to sixth in the championship and only mounted the podium on three occasions.

Ferrari addressed the rear-end of its car when developing the SF21 and also worked heavily on its power unit as it sought to amend its weaknesses from last year.

“Obviously we know how the engine is running on the dyno,” said Binotto on Sunday.

“When you fit it on the car what you may have a look at on track is the speed and eventually the relative speed to the others.

“When we were here last year in Bahrain for the race and for qualifying we’ve been very slow here on the straights – we didn’t enter into Q3 and we were very distant from pole.

“Now if I look at the first days I think at least on the straights the speed is alright. It doesn’t seem to be such a disadvantage as it was last year.

“We know it’s not only power, it’s the drag of the car as well – as we often said last year – but let me say that both of them contributed in improving our speed on the straights and today we feel it is not anymore a disadvantage.”

On Ferrari’s progress at the test in Bahrain this week Binotto said: “We knew that with only three days it would be very busy and very intense – it has been very busy and intense. I think so far it has run smoothly.

“The main priority was certainly to understand the car behaviour, mapping in all the conditions, and that is where we focused our energy. I think so far we collected a lot of data.”