Ricciardo fastest in Bahrain as Hamilton slides off 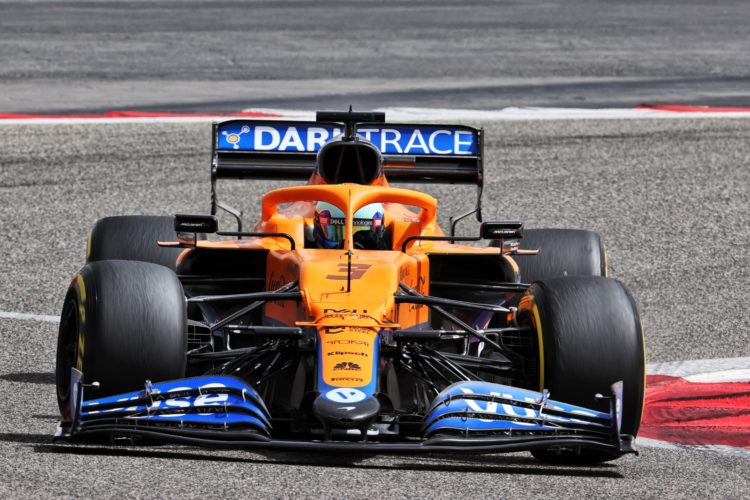 Ricciardo’s time of 1:32.215s was a mere 0.013s slower than the lap he set that ensured he fronted Friday morning’s session at the venue.

Alonso and Perez both used C2s, effectively the Hard, to achieve their best times of the morning.

His effort was 1.6s down on Max Verstappen’s quickest effort of the test so far, set on Friday afternoon, and five seconds off last November’s pole position time at the Bahrain Grand Prix.

Hamilton had racked up decent mileage for Mercedes after its first day of testing was scuppered by a gearbox issue, balance problems and a seat alteration.

It left Mercedes comfortably at the foot of the lap charts.

Shortly after spins for Carlos Sainz and Nicholas Latifi – both through Turn 7 – Hamilton rotated the W12 through Turn 13 and beached the car in the gravel.

Hamilton extricated himself from the W12 and the session was halted while the car was retrieved and returned to the pits.

The reigning World Champion was able to resume his programme around half an hour later and finished on 58 laps, classifying eighth of the 10 runners.

Aston Martin’s AMR21 was briefly halted early on Friday afternoon due to a minor electrical problem but its Saturday morning session was heavily compromised.

Sebastian Vettel completed only six laps prior to Aston Martin detecting a gearbox-related issue, consigning his AMR21 to the garage for much of the session.

Vettel was able to return to the circuit with around 10 minutes of the session remaining but added just two laps to his tally.

He is set to hand over to Lance Stroll for the afternoon running.

Second-season driver Latifi recovered from his high-speed spin – having to return to the pits slowly due to a severe flat-spot – to classify fourth on the C5s.

A potential improvement was squandered when he drifted wide at Turn 11.

Rookie Yuki Tsunoda was another to sample the run-off at Turn 11 en route to fifth spot while Ferrari driver Sainz was sixth.

Nikita Mazepin completed the most mileage in the session, racking up 74 laps, to finish seventh, ahead of Hamilton, Alfa Romeo’s Antonio Giovinazzi and Vettel.