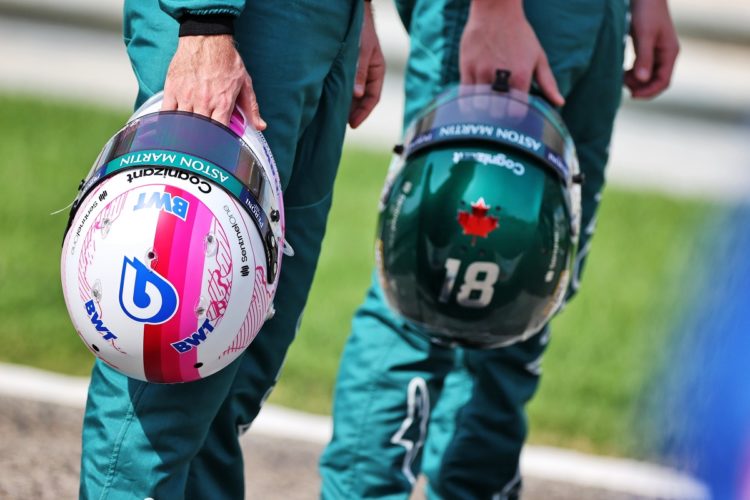 Sebastian Vettel will sport a new helmet livery for the 2021 Formula 1 season, his first with Aston Martin.

The four-time World Champion embraced a white helmet featuring vertical stripes of the German flag throughout his stint at Ferrari from 2015 to 2020.

While he has retained the same design, Vettel has switched to pink colours as he becomes an ambassador for BWT, a sponsor of Aston Martin.

BWT was the title sponsor of the Silverstone-based team that ran under the Force India and Racing Point names from 2017 to 2020, which required the cars, race suits and driver helmets to be coated in pink.

The back of Vettel’s helmet carries the message “change the world, sip by sip”, as Vettel and BWT begin their partnership by converting kindergarten and schools into “BWT Bottle Free Zones”, aiming to supply thousands of children with healthy and sustainable drinking water.

“The future is important and we must do our best to protect the planet for children and young people,” Vettel said.

“We all share this responsibility and if we come together we can make a difference. As a Formula 1 driver, I think it’s right to speak up on this subject and have my voice heard.

“I am pleased to have found a partner in BWT that shares the same perspective and goals. By cutting down the amount of plastic waste, we can make the world a little better, sip by sip.”

Vettel debuted the helmet on Friday morning in Bahrain, as pre-season testing for the 2021 campaign got underway.