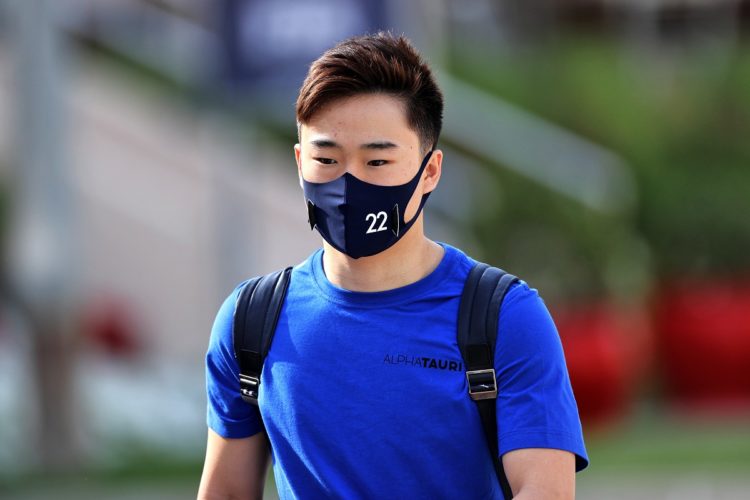 AlphaTauri rookie Yuki Tsunoda is feeling encouraged after the opening day of pre-season testing in Bahrain, despite his session being interrupted by issues.

The Japanese racer drove the AT02 in the afternoon, inheriting AlphaTauri’s testing programme from team-mate Pierre Gasly, who handled duties in the morning.

Tsunoda completed 37 laps in difficult conditions, as strong winds blew surrounding sand onto the track during the day.

Despite the challenging track surface and fuel-related problems setting him obstacles, Tsunoda labelled the day “a good start” to his F1 career.

“It was really exciting,” Tsunoda said. “I enjoyed it from the beginning to the end, especially the tricky conditions at the beginning of the session.

“[It was] really sandy, and [there was] less grip. But for a debut in Formula 1, it was really good for controlling the car to feel the limit of the downforce, so I enjoyed that.

“Through to the end, I had a bit of an issue, a bit of a fuel thing I think it was, and I couldn’t drive enough, I just drove 37 laps and my [fastest] lap time was the lap time I did first with the Hard tyre.

“So not to the top potential, but it was a good test, and with the issue, it’s always good to have it in testing, not in the real race, so a good start.”

Tsunoda drove last year’s AT01 at the post-season test in Abu Dhabi, prior to confirmation that he would race for AlphaTauri in 2021.

Having now experienced the team’s 2020 and 2021 cars, Tsunoda admits it’s difficult to compare the two due to the tricky conditions that were presented on Friday in Bahrain.

“To be honest I don’t know, because these conditions were really sandy, much less grip than Abu Dhabi,” he said when asked if he felt the AT02 was a step up compared to its predecessor.

“I think for the steering, we have a good step, and I have more confidence to drive into the corners and for me it’s a really good, positive thing.”

Tsunoda will drive the AT02 once again on Saturday morning, before team-mate Gasly takes over in the afternoon.