Ferrari warns of limit to speed of its F1 recovery 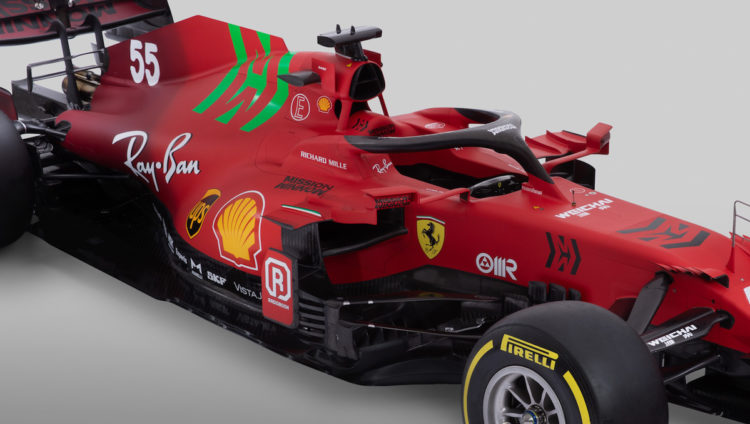 Ferrari has warned that the budget cap and stable technical regulations means there is a “limit” to how much it can recover in Formula 1 this year.

Ferrari slumped to sixth in last year’s championship – its worst display since 1980 – amid issues with its draggy and underpowered SF1000.

The team revealed its 2021 car, the SF21, on Wednesday, outlining that it has attempted to tackle rear-end weaknesses and improve the performance of its power unit.

Ferrari’s Racing Director Laurent Mekies has cautioned that the upcoming season “is about the lessons learned from an incredibly difficult 2020 campaign.”

He explained that “we have tried to learn from our mistakes and have tried to improve the areas where we simply have not been strong enough last year.”

Formula 1 has largely retained the same regulations, ahead of 2022’s overhaul, with the primary modifications concerning floor designs, in a bid to rein in increasing downforce levels.

The upcoming season will also be the first to take place under Formula 1’s annual spending limit of $145m.

“Of course, in the context of the frozen technical regulations and the new financial regulations we know there is a limit in how fast we can turn things around,” added Mekies.

“Nevertheless, we have been trying to reconstruct methodically our way back to the more competitive side of the grid.

“As a race team our goal is quite simple: regardless of what’s going to be the absolute level of competitiveness of the car we are there to try to extract everything we can from its potential, deliver a strong race weekend, provide the right feedback to the factory, and do all that as a united, solid race team.”

Ferrari will enter 2021 with a revised line-up of Charles Leclerc and Carlos Sainz, who joins after spells with Toro Rosso, Renault and McLaren.

Mekies praised Leclerc’s development while highlighting the work Sainz has undertaken across the winter.

“We’ve got a lot of positive energy from early phase of the relationship between Carlos and Charles,” he said.

“Carlos has been spending a lot of time at the factory, ever since he joined us, integrating himself into the team very rapidly.

“He is a curious guy, he is open-minded, he comes with interesting experience from other teams and his relationship with engineers has already felt very natural from day one.

“Charles knows the team upside down, it’s his third year with us, we can see him developing every day a little bit more as a leader, he’s very conscious of the role he has at the team, in and out of the car.”

Ferrari’s SF21 is due to run for the first time as part of a filming day today (Thursday) in Bahrain, ahead of the opening day of pre-season testing on Friday.