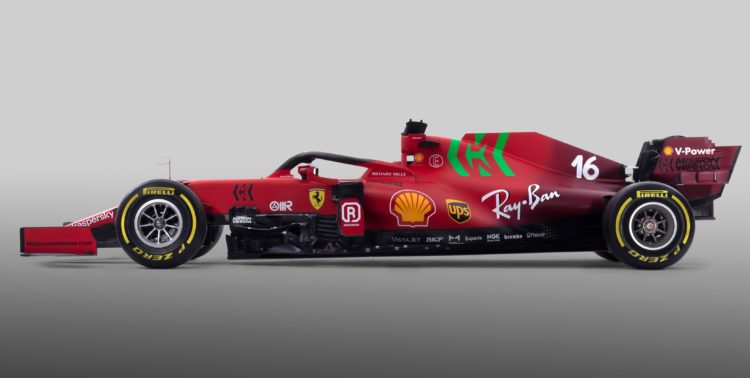 Ferrari has outlined the major changes it has made with its SF21 as it bids to recover from its worst Formula 1 showing in four decades.

Ferrari slumped to sixth position in the 2020 standings, taking only three podiums, amid a lack of pace from its SF1000, largely attributed to a draggy car and weak power unit.

The outfit unveiled its SF21 on Wednesday, ahead of the car’s debut on Thursday at a filming day in Bahrain, as it bids to move up the pecking order.

Formula 1 teams are limited in what can be changed, owing to cost-saving protocols enacted amid the pandemic, and Ferrari has focused its development on the rear of the car.

Head of Chassis Enrico Cardile explained that by focusing on the rear Ferrari could “create a new gearbox and new suspension,” giving Ferrari “a much more tapered rear end compared to the SF1000.”

“We also looked at the cooling system, increasing the effectiveness of the central radiator and designed the body with more ‘down washing.’

“The changes to the front part of the car were less radical, due to regulations.

“So we developed a new front wing that works coupled with a newly conceived nose, but the chassis and the suspensions are the same as the SF1000.”

Power unit chief Enrico Gualtieri added that Ferrari “worked considerably on the layout of the power unit, trying to make the overall project for the car as efficient as possible.

“We continuously worked on the internal combustion engine, aiming to increase its level of thermal efficiency, in conjunction with our [fuel and oils] partner Shell and this has produced an improvement in lap time that we estimate at over one tenth of a second.

“The turbo compressor has been revised to meet the needs of the engine and at the same time we have planned to increase efficiency in the recovery of exhaust fumes.

“We’re also working on the hybrid system, on the electronic parts, trying to revise all of its components and optimising them.”

Gualtieri stressed that while Ferrari has put “enormous energy” into its 2021 car it is “already working hard on the power unit for 2022.

“It will debut next year, and it’ll be even more important because it’ll be with us for at least three years of races.”