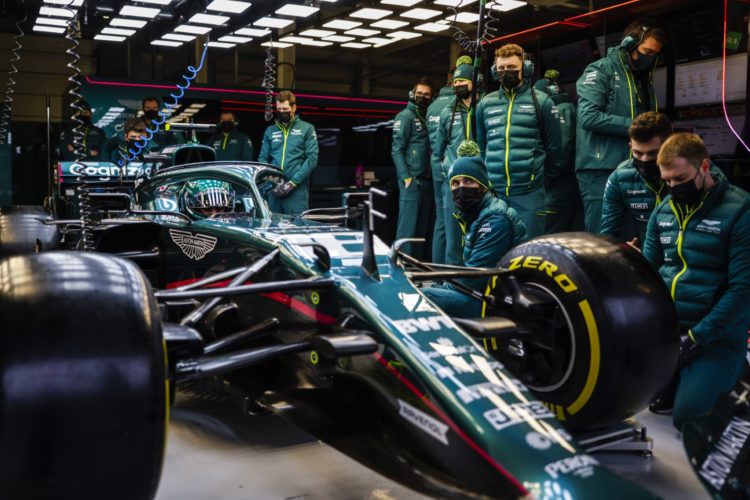 Lance Stroll says Aston Martin feels a “completely different” team to the one he joined in 2019 and has hailed his father’s input at the squad.

Stroll linked up with the team, under its Racing Point guise, for 2019, following two years at Williams, a few months after his father acquired the ailing Force India outfit.

Racing Point finished seventh in the standings before vaulting to fourth last year and from this season will be known as Aston Martin, following Stroll Sr.’s purchase of the car company in early 2020.

“[It’s] completely different,” said Stroll. “A lot of the people are the same, and we’ve got some great new additional people who have joined over the last couple of year and have been a huge help.

“We were a team back then that was, I think, for a long time struggling financially and didn’t have the resources to really build a perfect car in an ideal world with the group of talented people that we have.

“Over the last couple of years that’s changed, we have more sponsorship, better backing, Lawrence has done an incredible job putting a great team together at the factory in order to help achieve what we want.

“Last year, we saw so much progress and hopefully again this year we’ll see even more progress.”

Stroll reckons the recent investment, as well as long-term stability, means Aston Martin can finally build on the potential it has displayed across previous eras.

“From everything I’ve seen, watching it first hand over the last two years, it has been unbelievable what he’s done,” Stroll said on his father’s plan.

“How he’s put this project together with Aston Martin and how this team has transformed over the last two years is so incredible.

“He’s just got an incredible vision, and he’s had it since day one with this team.

“We went from a team that qualified 17th and 18th in Hungary in 2019 to a team and in 2020 we qualified third and fourth. We improved 3.1s I believe in terms of lap time, just put that into perspective for a second and give that some thought.

“They did such a good job for years punching above their weight, now we can really just move forwards and it’s exciting times ahead of us, so hat’s off to Lawrence, it’s amazing.”