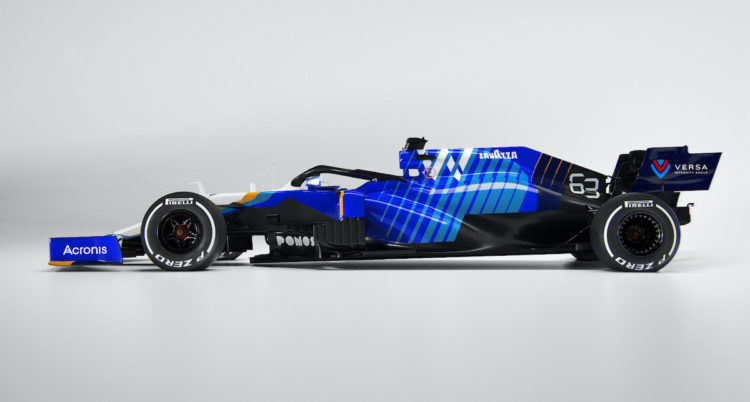 Williams has become the latest Formula 1 team to unveil its 2021 car, named the FW43B, as it bids to move off the bottom of the championship.

Williams tumbled to the rear of the 10-team standings in 2018 and has remained there ever since, failing to score a point in 2020 for the first time in its history.

However, it made performance gains compared to its nadir of 2019, returning to Q2 on nine occasions, and classified 11th – only narrowly missing the points – at four grands prix.

It also secured its future, following years of financial concerns, with Dorilton Capital acquiring the company from the Williams family, who relinquished their involvement.

Dorilton appointed Simon Roberts as Team Principal on a permanent basis while Jost Capito joined in February as its new CEO.

The outfit has also strengthened its ties with Mercedes and will use the marque’s gearboxes from 2022.

Jack Aitken and Roy Nissany have stayed on as reserve and test driver respectively.

A planned launch featuring augmented reality was abandoned after the app was hacked and instead the team carried out a low-key unveiling on Friday afternoon.