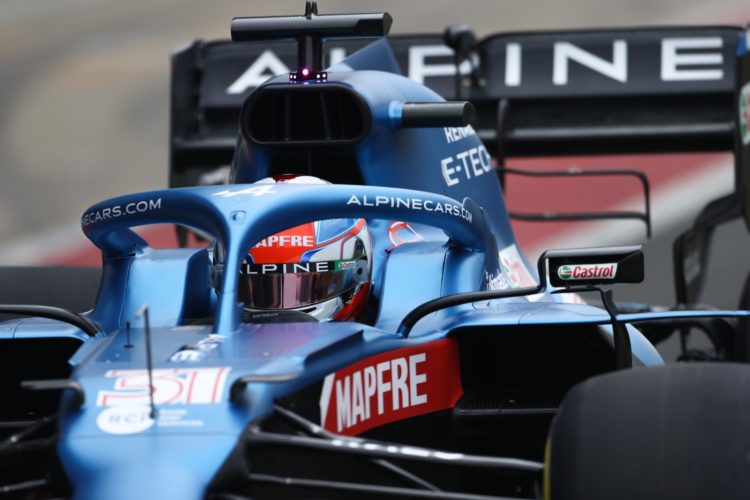 Renault says it is open to overhauling its power unit concept when it introduces a new engine in Formula 1 next year.

Renault, which now only supplies the Alpine team following McLaren’s return to Mercedes, decided during the early stages of the Covid-19 pandemic not to introduce a new power unit for 2021.

Instead it is using an upgraded version of its 2020-spec power unit.

Formula 1 is overhauling its technical regulations for 2022 but the current power unit technology will remain in place until 2025.

A freeze on engine development had initially been planned for 2023 but this has now been brought forward to 2022.

Mercedes pioneered a split turbo/compressor concept at the start of Formula 1’s hybrid era in 2014 while Honda followed suit in 2017.

On whether Renault could adopt that approach in 2022 its engine chief Remi Taffin said: “Simple answer is yes. We could be going down that route. We are evaluating [it].”

Taffin added that “the decision we made in 2020 [not to introduce a new engine for 2021] was driven by the fact that we would actually put everything into 2022.

On the modifications Renault has made for 2021 Taffin explained that “[we did] bring a bit of performance but the main focus was on reliability, making sure we get consistency, so there were a few updates.

“In terms of performance, it’s more like a step you’d do in-season, not a massive step, it’s an evolution of what we did last year.

“The main reason is we had to make this decision last year when we had shutdown for more than two months and had to re-plan.

“We took the decision in March last year. We will work and build on what we have done last year.

“I would have preferred to have the ‘21 engine that we now have for ‘22 but at some point you have to make some plans and follow them, and that’s the case.”