Mazepin: I made a huge mistake, I’ve learned 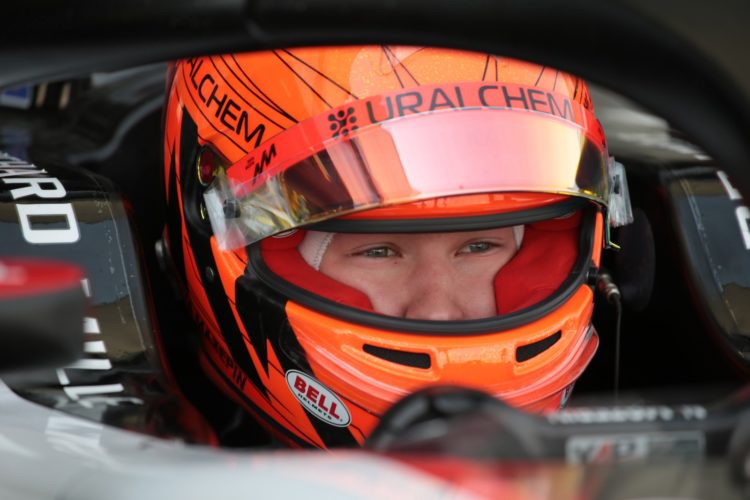 Nikita Mazepin has accepted responsibility for his off-track conduct, stating he made a “huge mistake”, and has learned from the incident.

A video was published on social media showing Mazepin touching a woman’s chest, while travelling in a car, a few days after he was signed by Haas on a multi-year deal.

Haas responded by labelling the situation “abhorrent”, adding that the matter would be dealt with internally, with Mazepin issuing a written apology on social media, which was later deleted.

Mazepin’s arrival at Haas has coincided with Uralkali, the potash fertiliser firm controlled by his father, becoming the Formula 1 team’s new title sponsor, resulting in a refreshed livery for the VF-21.

Speaking in an open media session for the first time since the video circulated Mazepin said: “How I reflect on my actions is pretty clear. I’m not happy that it happened.

“I’m not proud of it, I didn’t behave as I meant to behave in Formula 1, and the transition phase of realising what I achieved has been very short and I didn’t adapt as quickly as I should have.

“I have taken responsibility for it and I am ready to keep doing it [taking responsibility] because I’d like to be very strong in my position and certain.

“I have made a huge mistake and taken responsibility for it and I have learned from it. I am looking forward to a clean year ahead.”

When pushed to clarify his comments, and whether he realised the incident was unacceptable irrespective of his profession, Mazepin asserted: “Yes, I understand. I have taken the responsibility for it as I said previously both on and off the circuit.

“We as human beings have to show a certain behaviour towards each other to live in a calm and humane world, and I’m confident I will be one of those humans from now on.”

Mazepin has been the subject of widespread condemnation on social media, with a hashtag circulating, amid calls for him to be dropped by Haas.

Mazepin went on to thank Haas for its support and guidance through the winter.

“I would like to say a big thank you to the team because they have been really supportive in helping me to learn through this incident,” he said.

“They have been very patient in taking the time and helping me learn this matter further and I think that it in my education phase on the whole behaviour incident, I am way further than I have ever been, so that’s very helpful.”