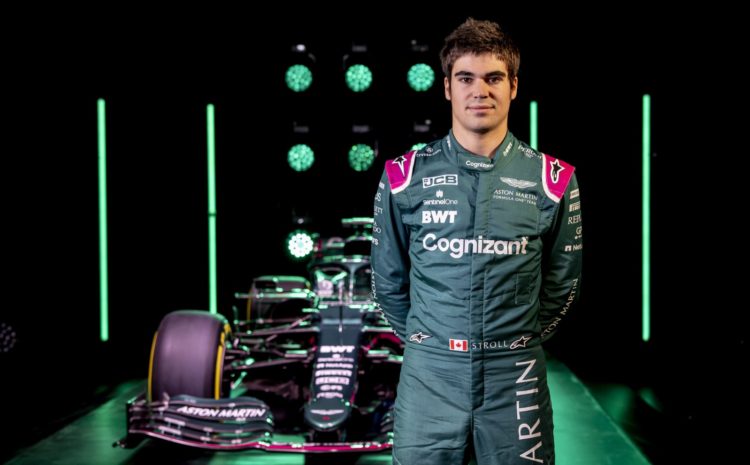 Lance Stroll, Aston Martin, in front of the AMR21

Lance Stroll says securing a top five position in the championship is his own personal target for the 2021 Formula 1 season.

Stroll has stayed on at the rebranded Aston Martin team for a third season, and his fifth in Formula 1, having first joined the championship with Williams in 2017.

Stroll held fourth in the 2020 standings at the mid-point of the campaign but he regressed amid a sequence of setbacks and incidents, including contracting Covid-19 in October.

The Canadian, who scored his maiden pole in Turkey, went on to finish 11th in the championship, with outgoing team-mate Sergio Perez ultimately winding up fourth overall.

“I just turned 22, so I think still I have some time ahead of me,” he said on his development.

“It comes down to a lot of things, the experience is a big part of it, learning from experience, proving [yourself] as a driver.

“Last year we were sitting fourth for such a long time and then had some misfortune that set us back, but it goes to show that the potential is there if we just execute [it] and focus on the job.”

Stroll outlined that the display in Turkey, where he led the race from pole position until floor damage wrecked his prospects, proves he has the ability to run at the front.

“There are areas in my mind, with my craft and the car setup, that I can tie them together and do a better job and get more out of myself,” he said.

“When I look back to last season, there was a lot of potential and a lot of good things, and other areas to work on.

“If I look at Turkey, we had a chance to win the race in Turkey, but because of a small floor contact, that lost the car a chunk of floor, and threw our race in the trash, [so] you have to accept the way some races unfold.

“But if I’m to focus on one thing, it’s to keep pushing myself further, learn as much as I can and improve on some of my weaknesses, which are changing from one race to the next.”